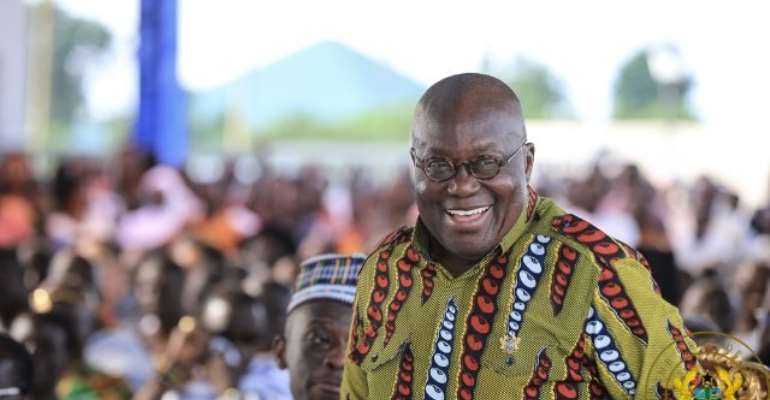 President Addo Dankwa Akufo-Addo on Monday stated that Ghanaians are happy with the initiatives of his administration and will, therefore, retain the NPP in government.

President Akufo-Addo said this when he commissioned a new Fire Service Station and a Divisional Police headquarters at Tokor in the Ketu South Municipality as part of his two-day visit to the Volta Region, the Ghana News Agency has reported.

According to the president, his government was deepening democratic governance at the local level and asked the people to vote yes at the December 17 referendum as his government would address concerns of bad roads, requests for municipality status and traditional councils.

The report added that Roads Minister, Mr Amoako Atta, said the government was rehabilitating the 90-kilometre Ho to Aflao road.

Togbe Fiti appealed for support from the government to construct a sports stadium at Aflao and to fix roads in the traditional council.