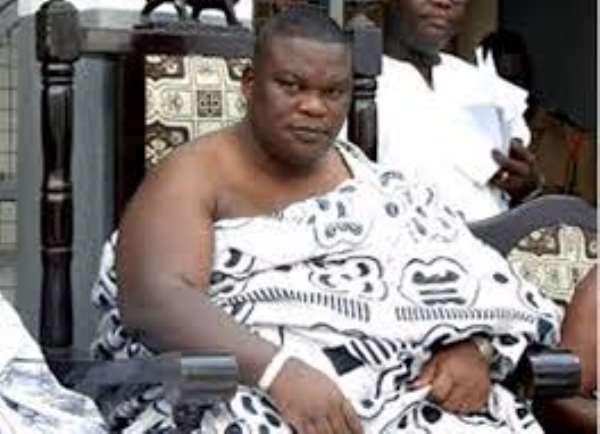 The acting head of the Onamroko Adain family, Mr. Carl Josiah Reindorf, has set the records straight on a notice issued by the Gbese Mantse over Gbese Stool Lands.

According to him, the Onamroko Adain family is a family that forms part of Gbese Korle-we quarter but have its own lands.

The acting head of the Onamroko Adain family revealed that the family did a publication regarding the lands the family owns at Aveno, Kwabenya all the way to Ofankor and some parts of Atomic, Ghana Police Station, Gihoc Pharmaceutical and some areas.

The family, he said forms part of Gbese adding that there are rulings that there are some percentages be given to the Gbese Mantse who is the overlord of the land, therefore, he has the right to say he owned the land but the land belongs to families within the Gbese quarters.

He added that the lands that stretch from Tesano to Kwabenya will only bear the signature of the head of the Onamroko Adain family and that, it is the only documents that will go through adding that out of it there is a percentage that the family will take to the Gbese Mantse.

This, he said the family is taking steps to rectify it to ensure that such things do not happen without the knowledge of the Gbese Mantse.

He urged all their clients not to panic over the said publication by the Gbese Mantse adding "the family is having a deliberation with the stool to come out with a joint publication to inform the public on the matter".