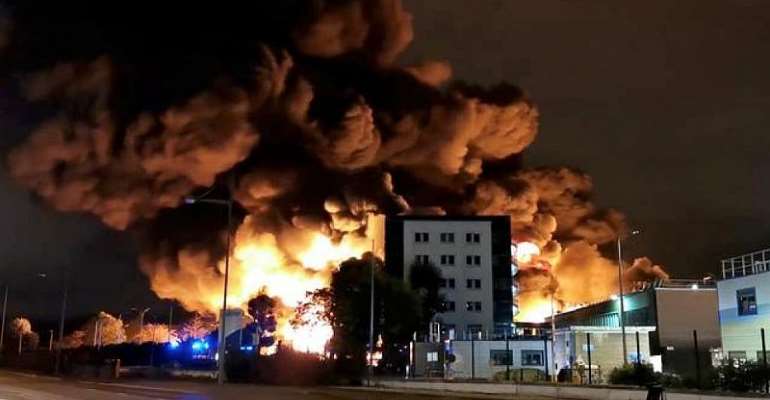 The French President has paid an impromptu visit to the Lubrizol chemical plant in Rouen, the scene of a 26 September fire that caused massive pollution. Emmanuel Macron praised firefighters for their handling of the disaster, as angry residents booed him, some calling for his resignation.

"The state emergency services kept their cool and dealt with the fire skillfully and professionally," Macron said, speaking during a press conference at the Rouen city hall.

"These firefighters know no fear. They contained the Lubrizol accident and prevented worse from happening."

On 26 September, around 02:30, a part of the Lubrizol plant and three buildings of Normandie Logistique, a transport company, were ravaged by a gigantic fire. There were no victims, but at least 1,800 farmers in 112 surrounding villages have been affected by the fire, due to a ban on the sale of their products.

Five ministers already visited the site before the president, but Rouen residents remain angry. They greeted him with boos, some shouting slogans demanding he stand down.

Financial support
Meanwhile, on 25 October, Lubrizol announced in a statement that it would provide financial support to farmers and businesses who suffered losses as a result of the fire and declared its commitment, without giving details, to “ensure continued tourism to the beautiful city of Rouen”.

The statement also promised that Lubrizol would fund a testing programme that would sample “soil, surface water and vegetables” in the area surrounding the factory. It added that Lubrizol “employees have and will continue to be paid in full” during the time it will take to put the factory back in operation.

Many citizens say it is not enough. On Saturday, over 500 people demonstrated in the city, demanding more transparency about possible health risks of the fire.