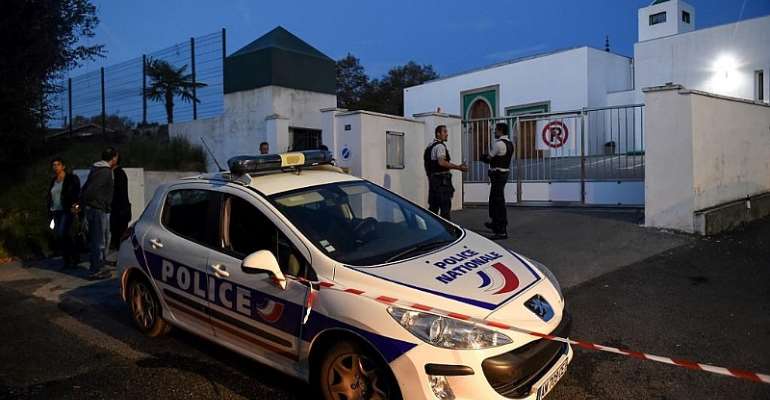 The 84 year-old man arrested in connection with a shooting in the south west French city of Bayonne has been identified as a former public education employee who stood on behalf of the far-right National Rally party in 2015 local elections.

The suspect, identified as Claude Sinke by local media, attacked the mosque as two men were preparing it for afternoon prayers, according to Bayonne mayor Jean-Rene Etchegaray.

He "approached the building by car and threw an incendiary device against the side door of the mosque," he said.

"The two people came out, he shot at them, hitting one in the neck and the other in the chest and arm. He then fled."

The suspect had also set fire to a car outside the mosque.

The victims, aged 74 and 78, were rushed to a nearby hospital with serious injuries, police said.

Sinke was tracked thanks to his number plate to his home town of Saint-Martin-de-Seignanx, a small community just 16 kilometres from Bayonne, a popular tourist destination in France's Basque country.

Police said the man had three sub-military grade weapons, which he had declared to investigators.

According to regional media France Bleu Pays basque, Sinke was a hobby shooter and had worked for the Education board was not known to the police.

Participation in politics
In 2015, Sinke presented himself as a candidate of the far-right National Front (now called National Rally) in local elections.

He did not get elected, but his running mate came in fourth in the first round, with 17,45% of votes.

The National Rally confirmed the man arrested was indeed one of their former candidates.

However, he was sidelined by his regional branch of the party because he "had points of view which went against the position of the RN," according to a statement issued on Monday.

National Rally leader Marine Le Pen, for her part, labelled the attack "an unspeakable act", and said it was "absolutely contrary to the values of our movement."

'Heinous' attack
President Emmanuel Macron said he "firmly condemns" what he termed a "heinous attack," in a tweet Monday evening.

"The Republic will never tolerate hatred," he said. "Everything will be done to punish the perpetrators and protect our Muslim compatriots. I commit myself to it."

French Council of the Muslim Faith (CFCM) leader Abdallah Zekri said there was "a great deal of concern" among France's Muslims, adding attacks like the one on Monday were "not surprising given the climate of stigmatisation of Islam and Muslims".