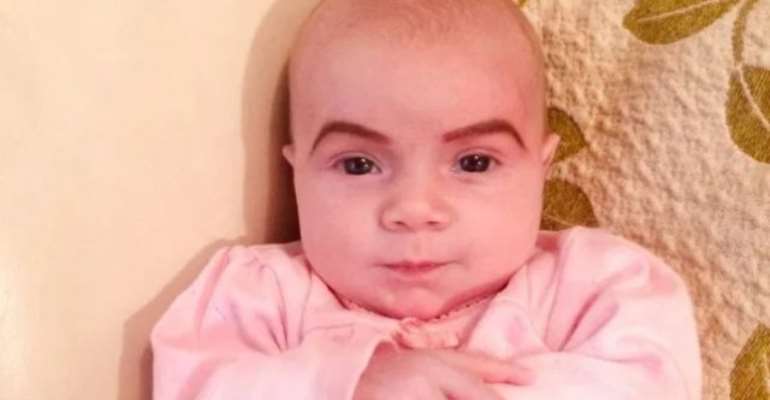 A new mother joked that she drew eyebrows on her six-week-old daughter’s baby to teach her a lesson for later in life.

Danielle McSherry-Schee, 27, from Fife, Scotland, says was desperate to see what Isabella would look like if her eyebrows were visible.

Whipping out her make-up powder, the stay-at-home mum said she was left in hysterics when she saw the bold new eyebrows. 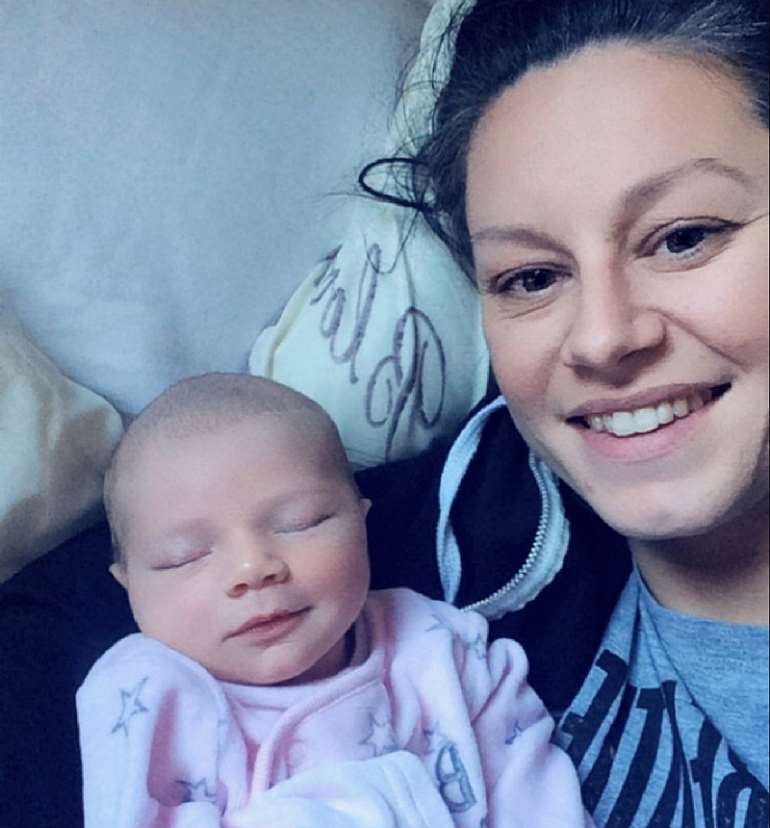 She shared the picture on Facebook joking that she was teaching Isabella ‘not to fall asleep at parties’ and received a bit of a mixed reaction with some accusing her of child abuse.

Danielle said: ‘Isabella has really fair hair and basically no eyebrows – I have always wondered what Isabella will look like with them.

‘And one day a wave of inspiration came over me and I had to draw them on. I used my powder and just lightly drew on symmetrical eyebrows, a bit like mine. 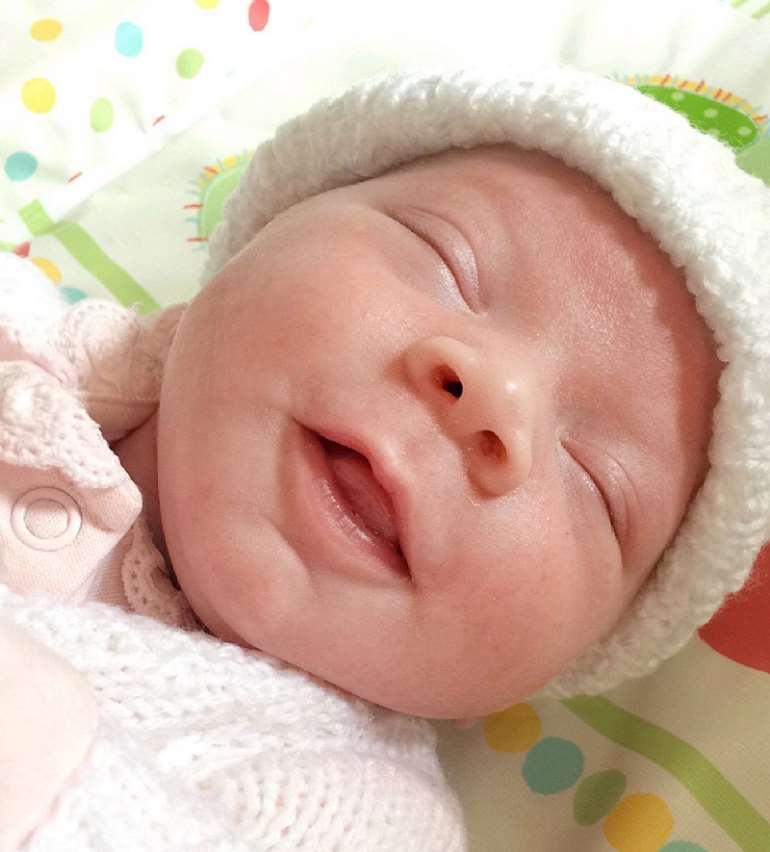 ‘I couldn’t stop laughing which woke Isabella up so I took a quick photo and wiped them off. ‘My friends and I haven’t stopped laughing.

It is a photo I will keep forever and I might even put it on her 18th birthday cake.’ Danielle decided to share the photo of her baby with drawn on eyebrows and says the reaction has been priceless.

She added: ‘Everyone found the photo as funny as I did, however, some people commented saying it is “child abuse” which made me feel like I had done something wrong.

‘But I didn’t put my baby in danger and the other mums in the Facebook group defended me. ‘I would probably do it again because it is that funny.’