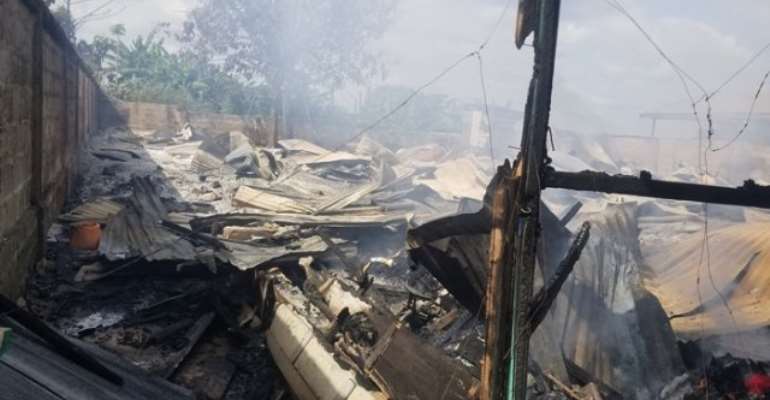 Sex workers say they lost all their belongings in the inferno.

Brothels in a popular red-light district in Kumasi were razed by fire by angry residents on Thursday morning.

The incident follows the alleged stabbing to death of a 20-year-old man identified only as ‘Tupac’ at one of the brothels.

The angry youth who set ablaze the brothels claim ‘Tupac’, their friend, was attacked by some of the prostitutes after he had patronised their services. 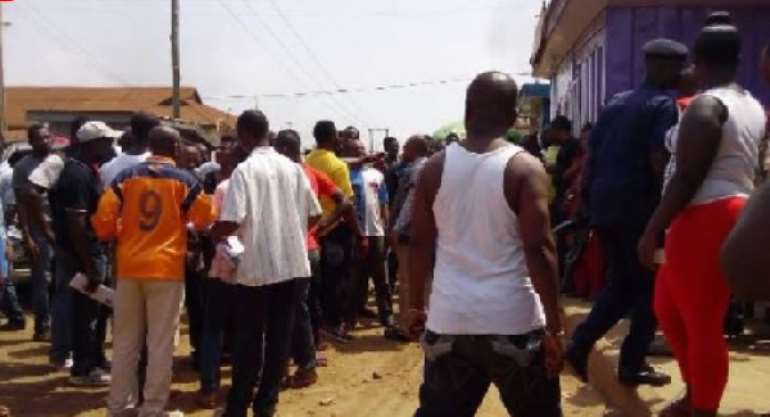 Photo: Tupac’s remains were found in front of one of the brothels on Thursday morning

The youth stormed the Sokoban Wood Village in the Kumasi Metropolis Thursday morning with cudgels to avenge their friend.

Some of the prostitutes who spoke to Luv FM’s Asenso Mensah said the youth attacked some of their colleagues before torching their houses.

Police and firefighters were deployed to the scene to intervene in the melee. Police also picked up some persons in connection with the incident.

A sex worker who identified herself as ‘Honeybelle’ told Asenso Mensah that the burning down of their houses by the youth was needless because they know nothing about the death of ‘Tupac’.

Another prostitute said she lost all her belongings in the inferno. 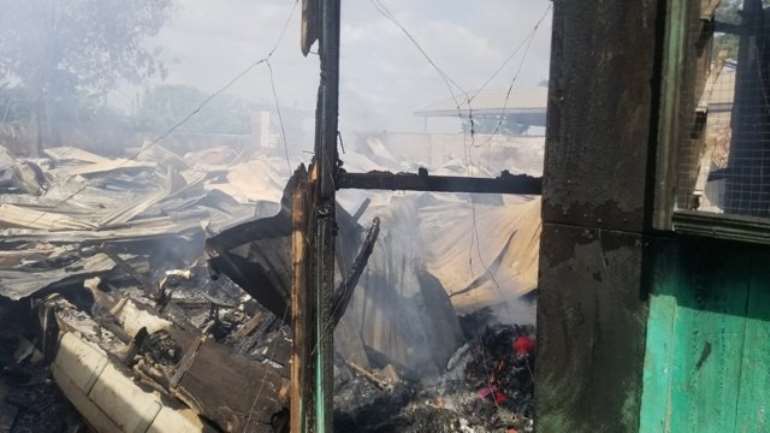 Unit Committee Chairman for the area, Christian Owusu, has said the brothel would soon be demolished.

Although prostitution is illegal in Ghana, it is very widespread.

High rates of unemployment and poverty in Ghana are believed to be causing growth in the sex industry.

Unemployment has been cited by many prostitutes as the reason teenage workers engage in sex work.

A high percentage of sex workers are said to be vulnerable to HIV.