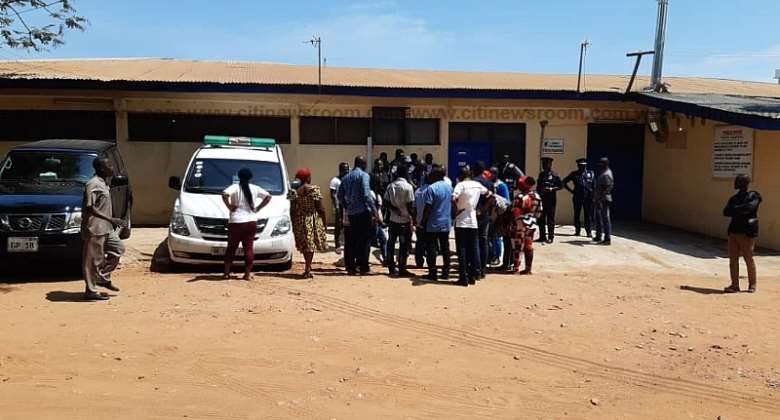 The Spokesperson for the families of the three missing Takoradi girls, Michael Grant Hayford has stated that they intend to seek the assistance of members of the diplomatic corps to help them find their children.

He said the families do not accept that the human remains showed them by the Police are those of the missing girls.

Michael Grant Hayford, who was speaking to Citi News after the families had a meeting with the Inspector General of Police, James Oppong-Boanuh at the Police Headquarters in Accra on Thursday said they are unable to accept the conditions given them by the police before the human remains are released to them for a second DNA test.

He said the families believe that the diplomatic corps will be able to help them deal with the issue.

“The police administration is not the final say. We have diplomats in this country which we need to send letters and invite them to come to our aid so we can have justice,” Grant Hayford said.

He said the families insist that the Police Service’s way of handling the issue does not guarantee the safety of citizens in the country.

“The officials are not coming to our side to support us so we have realized that there is nothing like a better response so we are going to deal with the diplomatic corps,” he added.

The families after the meeting with the IGP was taken to the Police lab where they were showed the human remains the police determined to be those of the missing girls but according to Michael Grant Hayford, the family is not convinced that the skeletons are those of the girls.

Adjoa Qauyeson, a sister of one of the kidnapping victims, Ruth Love Quayson, told Citi News:

“They asked me if I could identify the items if it belonged to my sister but I did not see anything that belongs to my sister there. Those remains are not our girls. How can someone die within 8 to 9 months and turn into a total skeleton.”

She added that the sight of the bones has increased her faith that her sister is alive since the human remains are not those of her sister as reported by the police.