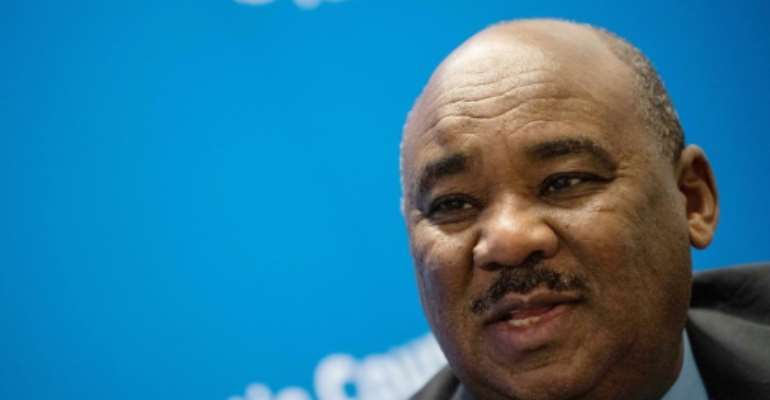 Hoping to succeed where earlier Arab Spring revolutions have struggled, Sudan's new government is seeking support to build a youth-focused economy through fundamental reforms and a new safety net, its finance minister says.

In an interview with AFP in Washington, Finance Minister Ibrahim Elbadawi voiced hope that Sudan by year-end will see the end of one of its biggest impediments -- its continued classification by the United States as a state sponsor of terrorism.

Sudan's month-and-a-half-old government is seeking to start a new course for the African country after demonstrators, driven initially to the streets by high food prices, triggered the downfall first of veteran strongman Omar al-Bashir and then military rulers.

Elbadawi, tapped after a career at the World Bank, said he recognized the "dire needs" to create jobs for young people who make up some 60 percent of Sudan's population.

"And it is our responsibility to prioritize their needs and to respond to their aspirations," he said.

With such a young population, Elbadawi said that Prime Minister Abdalla Hamdok's government wanted to invest in education to create a more tech-savvy economy.

He also said that Sudan was looking to develop the economies of war-torn Darfur, Blue Nile and South Kordofan states as part of efforts to bring permanent peace.

But he appealed for understanding as the country reforms its economy. Sudan's revenue collection is just six percent of GDP, one of the lowest rates in the world, and it spends more on oil subsidies than education and health, levels that are unsustainable, Elbadawi said.

To avoid social shock, the minister said Sudan would prioritize holding back inflation and hold off on disruptive reforms until it can protect the poorest.

"Right now more than 65 percent of Sudanese are probably under the poverty line and we don't want them to go deeper," he said.

"So we have to have a social safety net and that is where we need the support of our partners."

Speaking later at the Atlantic Council think tank, Elbadawi said Sudan was looking to set up an electronic cash transfer system for the vulnerable populations including pregnant women and families with small children.

He likened the effort to establishing a universal basic income, an anti-poverty idea that has gained growing currency around the world.

Sudan remains classified as a state sponsor of terrorism by the United States, a designation dating from the 1990s when Bashir welcomed Osama bin Laden.

US officials say that delisting Sudan cannot be done instantly and involves a formal, extensive review. But the designation means potential investors in Sudan risk legal repercussions in the United States.

"It is a crippling impediment," Elbadawi told AFP.

"A new Sudan has mounted a peaceful and glorious revolution," he said, but is "still constrained by the situation of the old regime."

But Elbadawi said that US officials sounded supportive and, without giving a date, convinced him that the delisting will take place "before the end of the year, hopefully."

After a meeting with Elbadawi in Washington, representatives of the United States and other Western nations as well as Gulf Arab states and international financial institutions issued a joint statement vowing "strong support" for the civilian-led government.

Elbadawi estimated that Sudan needed $3 billion to cover immediate needs and stabilize its budget but was also looking to settle arrears and see some of its $60 billion in debt written off.

Sudan has been getting by on aid from Saudi Arabia and the United Arab Emirates.

"But we know that we need transition from this exceptional situation and depend on ourselves," he said.