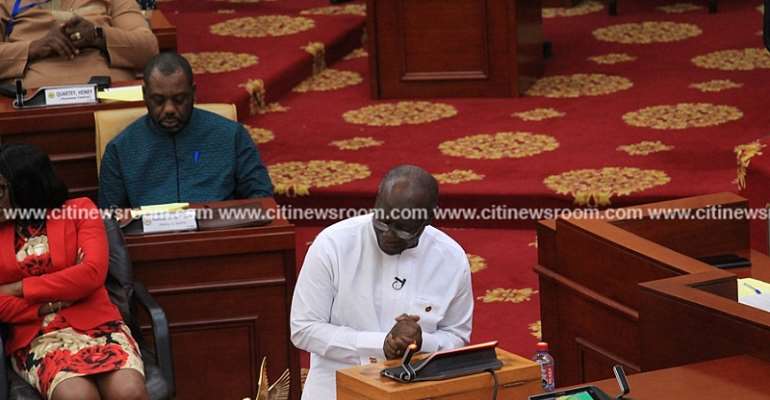 The reading of the 2020 budget has been tentatively scheduled for November 14, 2019.

This was announced by the Deputy Majority Leader in Parliament, Adwoa Safo, during her opening remarks in the House on Tuesday.

She also used the opportunity to announce what the legislators are supposed to do before they go for the Christmas recess.

Deputy Majority Leader, Adwoa Safo said Parliament will pass the Appropriation Bill when all other internal processes are completed.

“Mr. Speaker in this meeting, we will also have the budget hearing which is tentatively scheduled for the 14th of November and the dates will be scheduled on sectorial bases. Estimates of the budget will be interrogated at the committee levels and subsequently, this House will pass the Appropriation Bill.”

Parliament yesterday, Tuesday, resumed from recess and commenced sittings for the Third Meeting of the Third Session of the Seventh Parliament of the Fourth Republic.

The main highlight of the session is expected to be the presentation of the 2020 budget by the Finance Minister, and the approval of estimates for various Ministries, Departments and Agencies. (MDAs)

The Finance Minister, Ken Ofori-Atta, will present the 2020 budget statement and financial policy of the government on the scheduled date.

It will be the fourth budget of the Akufo-Addo administration, in accordance with Article 179 of the 1992 Constitution.