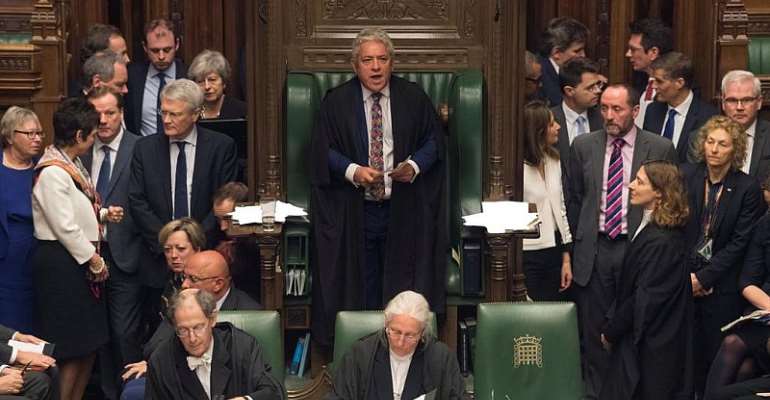 British MPs are set for two votes in parliament on Tuesday aimed at finally deciding the terms of Brexit and whether the UK can leave the European Union in nine days.

The votes will determine if British Prime Minister Boris Johnson can deliver on his pledge to lead Britain out of the EU by the 31 October deadline.

At 7pm UK time, MPs are to vote on whether or not to accept the so-called Withdrawal Agreement Bill (WAB) Bill, a 115-page document outlining the terms of Britain's withdrawal from the EU.

Currently the WAB is a proposed international treaty, but it must be ratified by the UK parliament.

Immediately after, MPs will vote on the timetable proposed by Johnson that would see Britain withdraw from the EU within nine days.

If he loses either of the votes, he risks having to face up to his infamous comment, "I'd rather be dead in a ditch" than ask for an extension from the EU.

Fatigue spreads to Europe
European Commission President Jean-Claude Juncker has described Brexit as a “waste of time and energy”. He was talking at the European Union assembly in Strasbourg on Tuesday.

Juncker told MEPs that they could only approve the Brexit deal that was struck with London last week, once it has been approved by British parliament.

During the same session, European Council President Donald Tusk announced that “a no-deal Brexit will never be our decision,” to applause from lawmakers.

There is fatigue in both camps of the Brexit divide in Britain as well – partly because in the three years since the Brexit referendum, the terms of the deal have changed so much.

A YouGov poll taken last weekend found that 64 percent of Brits think Johnson's deal is different from that of former Theresa May's, which she failed to get through parliament three times, resulting in her resignation.

Only 10 percent think Johnson's deal is significantly different from May's. Most revealing of all is that a third of people surveyed were not sure if there was a difference between the two deals.

Second referendum
This fatigue and indifference is manifesting itself in the form of growing numbers of people asking for a second referendum. Over 100,000 people turned out in London last weekend to ask for just that outside the parliament.

Femi Oluwole the founder of Our People, Our Choice, a youth organisation campaigning for a second referendum, said: "We are requesting an extension because our prime minister is trying to undermine the law that says he has to request an extension."