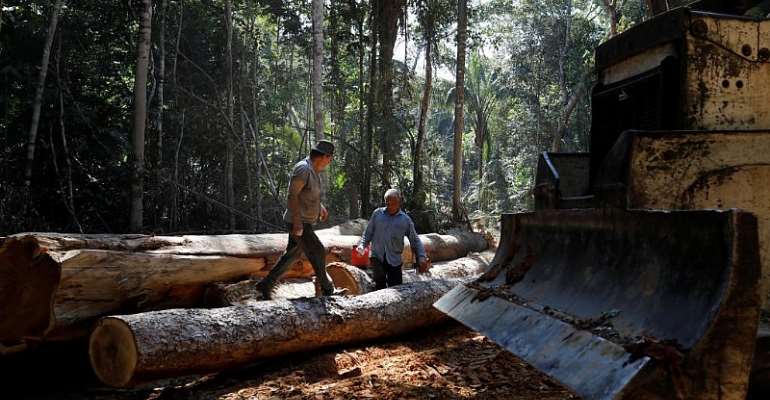 Time is running out for the world to overhaul its land sector – farming, forestry and our entire food system – and implement the drastic changes needed to stabilise the climate, a new report warns.

Critical action on transforming farming practices, protecting forests and changing human diets must happen by 2020 if the Paris Agreement of limiting global warming to 1.5°C is to be achieved.

These are the findings of international experts whose study – published Monday in the science journal Nature Climate Change – lays out a roadmap for a carbon-neutral land sector by 2040.

“The distance between where we are and where we need to go is vast,” says co-author Deborah Lawrence, a professor of environmental science at the University of Virginia.

“Right now the land can still deliver a lot of benefits, including climate stabilisation. But the longer we wait, the more we ask it to do, and the harder that gets.”

A report by the UN's Intergovernmental Panel on Climate Change in August already warned that cutting emissions from vehicles and power plants would not be enough to control rising temperatures – and that a complete rethink of farming and soil use was vital.

This latest report, “Contribution of the land sector to a 1.5°C world”, points to six priority actions that must be initiated by next year if a disastrous spike in global temperatures is to be averted.

Land-sector emissions account for between a quarter and a third of greenhouse gases, and the researchers say their roadmap paves the way for emissions to be reduced by 50 percent per decade for the next three decades.

The US, EU, China, Russia Australia and Brazil are among land-rich countries/regions identified as being financially capable of leading global efforts to slash emissions. If the changes are adopted, the world's entire land sector could serve as a net carbon sink by 2050.

“The very first thing we have to do is dramatically reduce deforestation,” Lawrence says. “We have had a steady drumbeat of deforestation throughout the last 20, 30 or 40 years – and we simply cannot continue to lose forests.”

Next is a radical transformation of agricultural practices that includes things like GPS technology for precision agriculture, while at the same time reclaiming nature-based farming solutions.

“This means we don't do a lot of tillage, we don't plough away our residues and we don't burn them off – we let them be part of the natural regenerative system,” Lawrence explains.

Other priority areas include improving agroforestry (planting trees on croplands to provide shade and other benefits), stepping up practices that help soil to sequester carbon, reducing food waste and moving at least one in five people over to a plant-based diet.

While reducing emissions across all sectors of the economy is critical, the study emphasises that land is the only area that also stands to improve biodiversity, air and water quality, and food security.