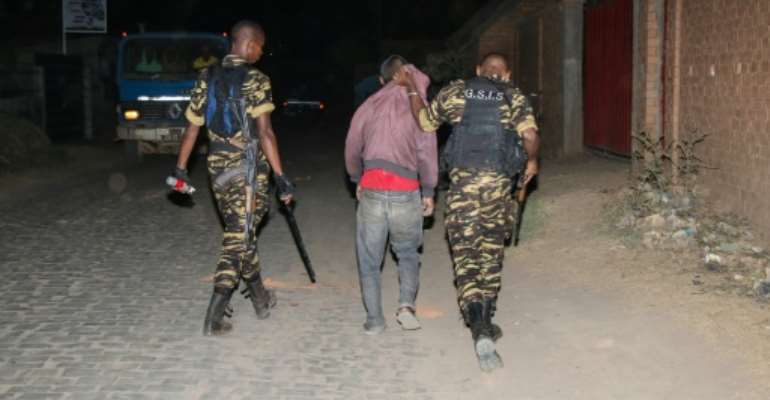 Police intervened after the company called to report stone-throwing. By Mamyrael (AFP)

Clashes broke out between police and protesters in Madagascar overnight after stone-throwing demonstrators stormed the construction site of a controversial urban expansion project, police said Friday.

Madagascar's government has launched the construction of a shiny new urban complex meant to unclog the capital Antananarivo -- a city wedged between the hills of the island-nation's central highlands.

The Tana-Masoandra project, dubbed "the new sun -- the new city", is expected to house government buildings, businesses and 100,000 inhabitants.

Connected to Antananarivo via bridge, the 1,000-hectare project will encroach on rice fields and brickyards surrounding the capital.

There have been scattered protests against the project and the latest turned violent on Thursday evening, when a group of people attacked a construction site.

"Some people immediately threw rocks at the officers, who responded with tear gas," he added.

Ravalomanana said one civilian and four officers were injured before police fired warning shots to disperse the crowd.

Four people were arrested at the scene.

Construction equipment was also ransacked in the process, according to the land ministry.

The government has refused to disclose the cost of the Tana-Masoandra project, which is expected to be completed in 2024.

While only 36 percent of Madagascar's 26 million people live in urban areas, the majority live in Antananarivo, home to between 1.5 and three million.

The Indian Ocean island is one of the world's poorest countries and around 80 percent of the population lives off agriculture. Rice is the dominant food crop.

Another demonstration has been planned on Saturday to protest against the draining of rice paddies to make way for Tana-Masoandra.