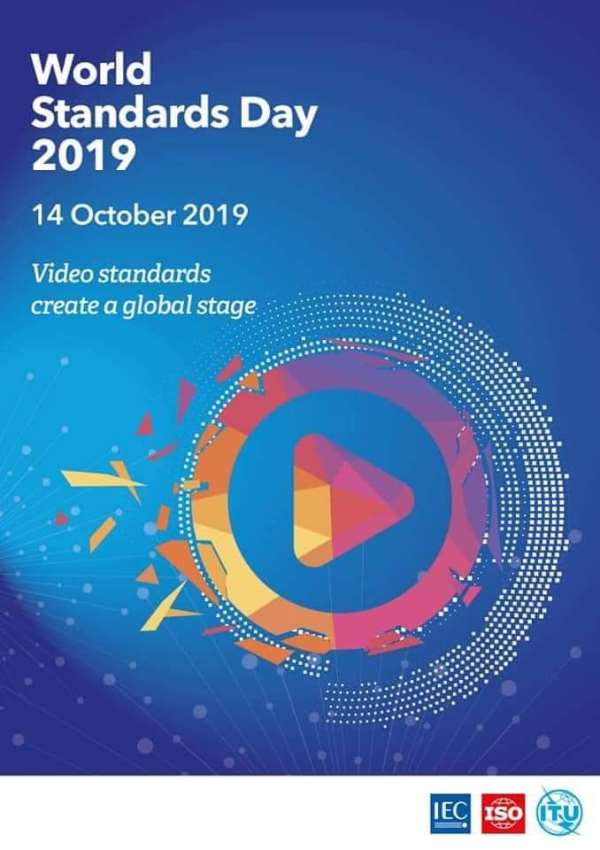 The World Standards Day, on October 14, each year is celebrated in acknowledgement of the singular importance of standardisation to the world economy. Standards drive the modern world and without standards serious trading in goods and services become impossible.

Adherence to standards primarily helps establish the quality and credibility of products and services, and by default enhances consumer protection and trade facilitation.

This role helps to meet the needs of business, industry, government, and consumers worldwide.

Since its formal launch in 1970, the World Standards Day has been retained on the global calendar to create awareness of the significance of global standardisation and to honour thousands of volunteers around the world who participate in standardisation activities together with the collaborative efforts of experts who produce technical agreements that are published as international standards.

Its emergence has remarkably changed our world, “revolutionising entertainment, connecting friends and families across the globe, enriching our communications experiences and enabling major improvements in medical care and education”.

From a mere 25-country organisation, in October, 1946, the Swiss-based ISO - under the acronym International Organisation for Standardisation - now has 123 member nations, having grown into a global clearinghouse for all activities of standardisation and measurability.

Initially, October 3 was proposed as World Standards Day by the IOS (International Organisation for Standardisation) in order to honour the anniversary of the primary meeting of officials from 25 countries which resulted in the creation of ISO.

The transformational innovation of Video Technology

That this phenomenal transformation is taking place in this era of the “Fourth Industrial Revolution” cannot be denied as it has literally taken hold of our lives and become the de-facto medium of expression, that is much-loved and treasured by the public.

Video has also become more accessible, helping people worldwide to share their stories in vivid and moving pictures with instantaneous and almost global response and feedback. These gains in both the sophistication and accessibility of video are built on International Standards. Without video standards, it would have been impossible to have Facebook, WhatsApp, Instagram and all the various social media platforms that are able to create and share videos seamless in all countries. Standards unite world.

The video compression algorithms, standardised in collaboration by the International Electro-Technical Commission (IEC), International Organisation of Standardisation (ISO) and International Telecommunications Union (ITU), has been honoured with two Primetime Emmy Awards, recognising the centrality of standards to video technology and industry’s ability in meeting rising demand for live video streaming, one of the most bandwidth-intensive applications running over global networks.

Ghana Standards Authority (GSA) and use of video technology

The GSA recognises the increasing use and demand for video technology in our Ghanaian context, and is working to collaborate with the Ghana Journalists Association (GJA), National Communications Authority (NCA), NAFTI, Gaming Commission, NCCE and other stakeholders to see how best video technology can be adapted for use in the country's development efforts.

Increasingly and as part of GSA's communication strategy, the Authority’s activities are recorded, edited and posted on the new media platforms such as the corporate website, Facebook, YouTube, LinkedIn, Instagram among others. This has proven to be very effective and engaging, allowing for interactions with its major publics and for feedback.

In line with this strategy, the GSA has produced an animated corporate video, a documentary on the state-of-the art Wood and Furniture Testing Centre at Fumesua in the Ashanti Region and is also in the process of producing a detailed documentary capturing the activities of the National Aflatoxin and Sensitisation Management (NASAM) Project, funded by the Alliance for a Green Revolution in Africa (AGRA). All these video productions have received been well received, with positive feedback.

International Standards provide essential guidance for all characteristics of city life such as the construction of sustainable communities, improvement of waste management, intelligent transportation, and energy-efficient buildings, to mention but a few of the benefits.

By celebrating the World Standards Day, member countries also confirm that they are in the race of making the world a better place to live in.

As in previous years, GSA the national statutory body responsible for developing, publishing and promoting standards once again joins the IEC, ISO and ITU to celebrate the occasion on October, 14.

Across the globe, different activities are selected by national authorities to celebrate the date.

In Ghana this year, the Ghana Standards Authority celebration will include the announcement of the winners of the African Organisation for Standardisation (ARSO) Essay competition.