Fix Our Drains Fast Before The Floods Come – Alajo, Kotobabi Cry To Gov't 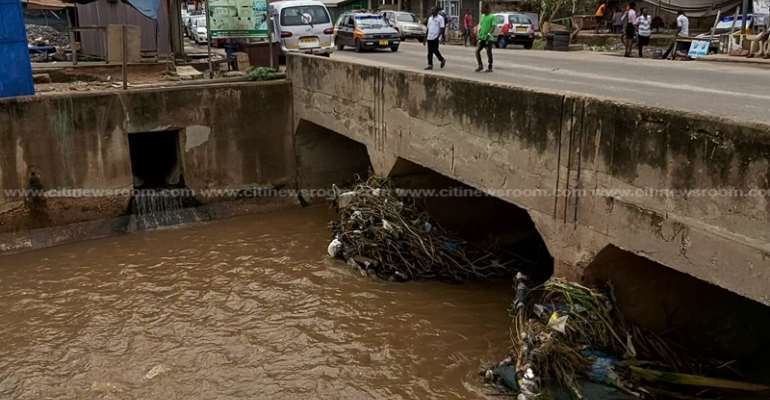 As rainfall increases in the ongoing minor rainfall season, residents around Alajo and Kotobabi in Accra are living in fear.

They are calling for the immediate fixing of their storm drains to prevent any loss of property and lives.

The residents fear the increase in rainfall will eventually lead to flooding.

Speaking to Citi News after rainfall on Sunday morning that lasted a few hours, residents of Alajo and Kotobabi appealed to the government to bolster the Kotobabi-to-Dzorwulu storm drain.

“If the rain had continued for about three hours, it would have been very destructive… Every time it rains, you go to people's homes, you can't even get access to their rooms and feel so much for them.”

“We are pleading with our leaders, that they should come and complete the gutter which is the cause of the flooding here in Alajo. Even though it hasn't started raining heavily it worries some of us.”

The Communications Director of the National Disaster Management Organization (NADMO), George Ayisi said his outfit was preparing for any potential disasters.

But he also called for more proactive action from the state.

Mr. Ayisi said the quality of drains was “a major issue that the government should turn its eye onto to construct proper drains.”

“We think the hydrological services department, who are those in charge of the drains in the country and who are directly under the Ministry of Works and Housing should take another look at that, especially our drains that link from our homes to the major drains.”