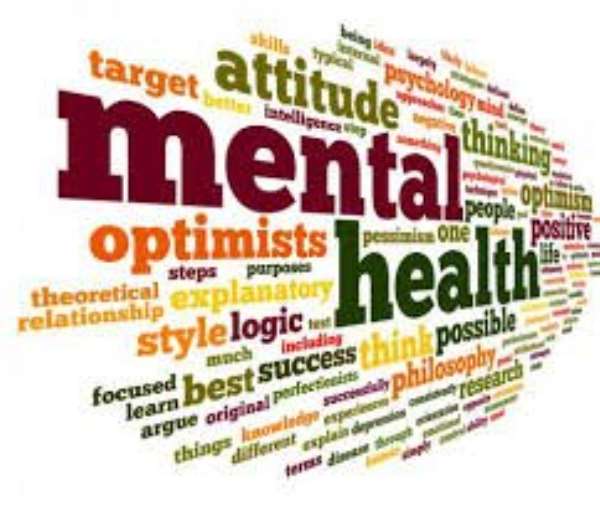 The Alliance for Mental Health and Development wants government to instead focus on channeling resources towards its prevention than criminalising persons who attempt suicides.

It further called on government to resource and empower the Mental Health Authority of Ghana, Ghana Health Service and the Department of Social Welfare among others to make comprehensive psychological support available at all levels of the health system and in educational institutions for people who might have the tendency to attempt suicide.

Mr Peter Badimak Yaro, the Executive Director of Basic Needs Ghana, an advocacy CSO on behalf of Alliance for Mental Health and Development, as part of activities marking the 2019 World Mental Health Day issued the statement.

The CSO group is marking this year’s edition on the theme: “Working together to prevent suicide: A call for National Action!”

According to the statement, a report by the World Health Organization (WHO), indicated that for every successful suicide, there were about 20 suicide attempts and globally, 800,000 people die from suicide annually while in Ghana, the estimates indicated that in 2015, a total of 1500 suicide cases were recorded.

“It is noted that limited information, stigma and socio-cultural taboos and values continue to prevent open and informed discourse on suicide and mental health in general”.

“The fact remains that the impact of suicide on individuals and families by the act itself and the loss from it endure to such levels that survivors, relatives and families, friends and the community need support. Media reportage alone indicates suicide is on the rise,” the statement said.

The statement called on all stakeholders to rise up to the challenge by WHO, to spend at least 40 seconds to educate and support people to increase information and support so as to help eliminate suicide and save lives.

“The Alliance is further calling on government to implement a National Policy and Action Plan on mental health in general and Suicide Prevention, in particular, to guide and consolidate the concerted efforts needed to address the mental health challenges of our nation.

“The Alliance believes that such steps will significantly reduce suicide cases and self-harm. Let’s live up to the call for the 40 seconds of action to prevent suicide. Spend 40 seconds of your time to support someone and bring him or her back from the brink,” it added.