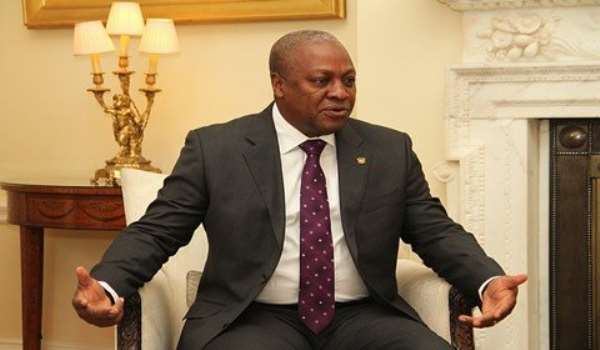 Former President John Mahama has alleged that the current administration is planning to wreak havoc and plunge the country into chaos during the 2020 general elections.

He said he knows of a letter by the Upper West Security Council requesting that some members of the governing New Patriotic Party (NPP) be presented for combat training for next year’s election.

According to him, after following up on that letter it has emerged that the government was indeed training thugs at Asutuare in the Greater Accra Region for the 2020 polls.

He has described the situation as worrying, fearing that that singular decision can destabilise the country

He made the allegations when he met with the Ghana Journalist Association (GJA) President, Affail Monney, as part of a courtesy call the GJA President has been making to some identifiable groups.

“If you lose an election and you believe that it was free and fair, you don’t any cause to cause confusion. But if you feel that you were cheated, then sometimes emotions can run high,” the opposition National Democratic Congress (NDC) flagbearer stated.

Listen to him in the audio below: