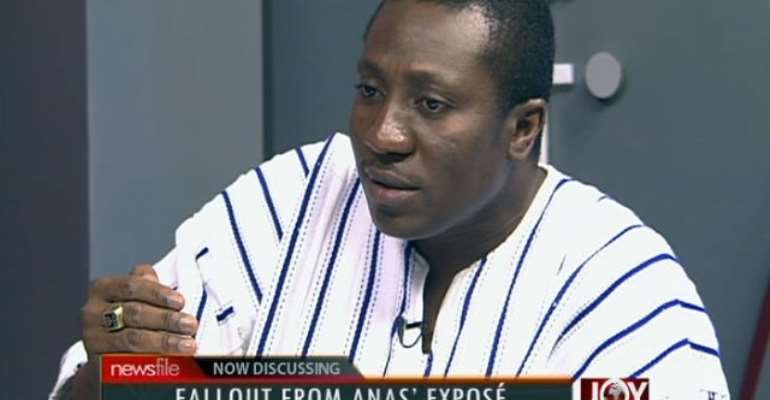 Member of Parliament for Effutu Constituency, Alexander Afenyo-Markin, has rubbished claims that the New Patriotic Party (NPP) was training party vigilante groups to disrupt the 2020 polls.

According to him, the claims, made first by Ghana’s former Ambassador to the UK, Victor Smith, and repeated recently by former President John Mahama, is a diversion.

The mastermind of this diversionary tactic, according to the Effutu MP, is John Mahama.

Former President Mahama is hoping to win back the Jubilee House in 2020 presidential election. He lost to President Addo Dankwa Akufo-Addo in the 2016 general elections.

“This was brought in as a diversion and unfortunately it has become a matter of discussion,” Afenyo-Markin said on Joy FM/MultiTV’s Newsfile on Saturday.

Former President John Mahama alleged last week that the governing New Patriotic Party (NPP) is planning to wreak havoc and plunge the country into chaos during the 2020 elections.

He said he knows of a letter by the Upper West Security Council requesting that some members of the governing NPP be presented for combat training for next year’s election.

According to him, after following up on that letter it has emerged that the party indeed sent these executives to Asutuare in the Greater Accra Region to be trained.

Meanwhile, the National Security Council Secretariat has said allegations that party vigilante groups have been trained at one of its facilities ahead of the 2020 polls are false.

“Since 2009, recruits into this outfit have been provided with standard training. No persons other than regular national security staff are trained by the Secretariat at the facility,” the Secretariat said in a statement dated October 18, 2019.