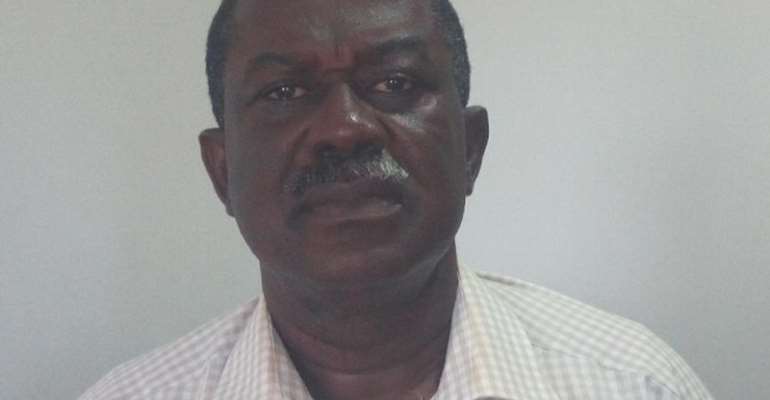 Maverick Ghanaian road contractor Akoa Kofi Owusu Akyaw has described Ghana President Nana Addo Dankwa Akuff-Addo as ‘a liar and a murderer’ due to what he terms as bad treatment to the road contractors over non-payment of their several sums of monies owed them.

He however accused the President of ‘killing’ about 22 road contractors since assumption into office in 2017 adding that they died from shock and apprehension over unpaid road contracts they have executed for the country.

Speaking on Otec fm Morning show programme dubbed’ Nyansapo’ on Thursday October 10,2019, the Founder of Progressive Road Contractors Association, Akoa Kofi Owusu Akyaw told the host Captain Koda, that most of the road contractors have lost confidence in the President due to his failure to pay them after continuous promise have proven futile.

President Nana Akuffo-Addo is currently in Ashanti Region for a working visit and he has since visited a number of ongoing projects including abandoned road projects at the airport roundabout, Tech-Ejisu highway and Manso-Nkwanta. Most of the residents in Kumasi have accused both the contractors and the NPP government for the slow pace of the road constructions and expected to see massive construction after the visit.

Blame games
But Akoa Kofi Owusu Akyaw insisted that the President and the Road Minister Hon Kwaku Amoako Atta must be blamed for the challenges facing them noting that the President claims to defend and protect the citizens have been relegated to the background.

Sack Nana Addo from Ashanti Region
Akoa Kofi Owusu Akyaw has therefore asked Asantehene Otumfour Osei Tutu II to sack President Nana Addo from the region due to the unfortunate way the President has treated the people of the region as far as poor road project was concerned.

According to him, Mankyia should not entertain President Addo because he has been wicked to the people in the region as far as road matters are concerned.

Akoa Kofi Owusu Akyaw told the programme’s host Captain Koda that most of the road contractors have lost confidence in the President due to his failure to pay them after continuous promise have proven futile.

He posited,” I expect Otumfour to drive Akuffo-Addo from the region before he kills some of you. Mankyia can also organize all the road contractors to do it rather than to rely on the President who has nothing to offer you.”

President Nana Akuffo-Addo is currently on a working tour to the Ashanti Region to inspect ongoing projects including road projects.