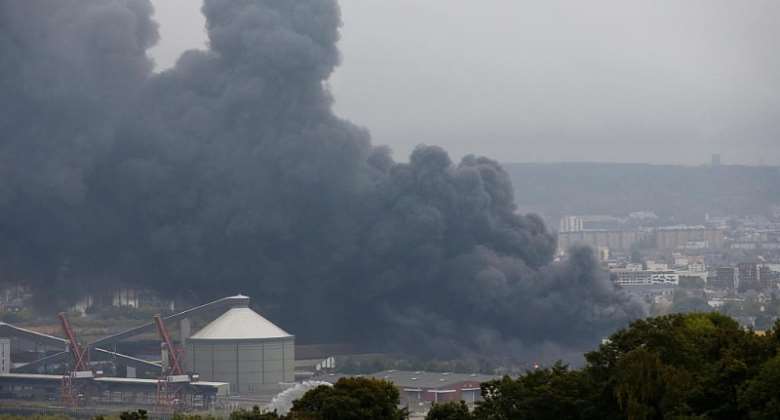 Police investigations have launched an investigation into the cause of fire last month at a chemical plant in Rouen that residents say put their health at risk. Some 130 complaints have been filed since the fire.

The Paris prosecutor's office is in charge of the investigation, which will determine the cause of the fire, and who will pay for the damages. The site has still been smouldering and inaccessible until now. The 13-member team includes six fire experts, as well officers specialised in environmental risks.

The fire, on 26 September, started at the Lubrizol chemical company, which stocked over 5,000 tonnes of chemicals. The blaze spread to neighbouring warehouses, run by Normandie Logistique, which stocked 9,000 tonnes of products. It is not clear what products burned, nor how much.

Lubrizol says that based on CCTV footage and witness accounts, the fire started outside its site. But it agreed on Friday to participate in any compensation programme for the damages caused by the fire.

Beyond the question of responsibility, there are health concerns about the fire, which released a 22-kilometre-long plume of thick black smoke into the air.

Some 130 complaints have been filed, from various parties, including residents with breathing problems and farmers who have had to stop work because of the pollution.

The city's Socialist mayor, Yvon Robert, said Tuesday that he would file a complaint in the coming days in the name of the city of Rouen and its surrounding areas.

Not enough transparency
Residents and environmentalists say authorities did not do enough to protect the population during and after the fire, and health and safety information was not released quickly enough for people to take proper precautions.

On Tuesday, trade unions and associations organised a demonstration in front of Rouen's courthouse to call for “transparency, the truth and an independent investigation” into the fire.

Health authorities have said there are few health risks, though there has been a freeze on local agriculture production and sales, as a precaution, while testing continues. Some 3,000 farmers are affected.

On Tuesday the regional air pollution observatory for the Hauts-de-France region said it had found a “slight increase” in the concentration of certain hydrocarbons in the two days following the fire.

Unpleasant odours continue to waft through the city, notably because of 160 damaged containers still at the Lubrizol site, which should be removed on 17 October via a special containment system.