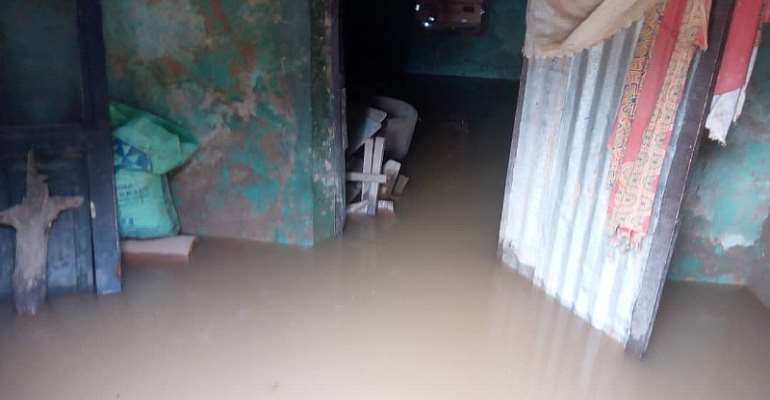 Over hundreds of residents have been displaced In Tamale and Sagnerigu in the northern part of Ghana after a heavy downpour yesterday.

Residents of Nyanshagu, Fou, Gumani and other areas have attributed the cause of the flood to an abandoned project in the area.

They claim the incompletion of the project has caused a diversion, affecting them.

The torrential rains which lasted for several hour's has left parts of the Tamale metropolis and Sagnarigu flooded and many households displaced.

Properties including electronics, livestock and foodstuff have been extensively affected and completely destroyed.

Communities such as Karalaga and Kulnyevila, residents say have persistently experienced flooding in the area each time it rains.

The affected communities largely rural areas narrated how neglect they feel. “Is sad to feel neglected as Ghanaians whiles in our own country.”

They are however appealing to authorities to come to their aid. “We are appealing to the Sagnarigu Municipal Assembly, and member of Parliament for the area, Hon Alhassan Suhuyini to intervene to prevent the perennial occurrence.