Tourism, An Instrument For Reducing Unemployment And Maximizing National Income On The African Continent 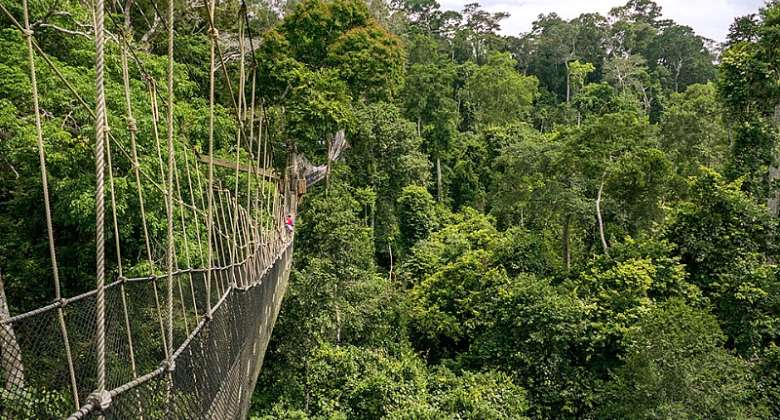 Many African countries has a lot to offer tourists of diverse backgrounds ranging from outstanding waterfalls to unique wildlife and the ruins of ancient civilizations. In truth, Africa has more natural tourist attractions than all the continents of the world. But despite the many opportunities presented by the tourism and hospitality industry, its people are languishing in abject poverty mainly due to unemployment coupled with harsh economic conditions.

September 27th of each year marks World Tourism Day and Friday, the 27th of September 2019 was no different. The day is designed to bring attention to the importance of tourism to the international community. Countries all over the world, both big and small, depend on tourism to for its economic survival and to highlight their cultural, social and political values. Today, the purpose of World Tourism Day is to raise its profile in the public eye and to show the general public how tourism affects not only the economic values of a country or region but also how it affects the social, political and cultural values of said country or region. The theme for this year’s celebration is, “Tourism and jobs: a better future for all”.

Tourism plays an important role in the economy and it is a major source of revenue for most countries around the world. Countries have invested in tourist attraction sites and infrastructure within their countries to attract both domestic and international tourists. Currently, tourism contributes more than 9 per cent of global GDP. The United Nations World Tourism Organisation (UNWTO) reports that international tourist arrivals in Africa alone is estimated to have increased by 9% in 2018. As per UNWTO data, Morocco, South Africa, and Tunisia are the top tourist destinations in the continent of Africa. Worldwide, currently, the US, France, and Spain earn millions of dollars from tourism through which millions are employed directly and indirectly. For example, France in 2016 recorded a total of 2.8 million jobs created as a result of tourism leading to the further generation of revenue through taxes.

It is mind blowing to see how Europe, Asia and the Americas were able to establish tourism as great pillars of their economies with the few natural tourist attractions they have whereas we in Africa remain absurdly poor and unemployed with the thousands of attractions at our disposal. This is unacceptable.

Tourism continues to show signs of growth amid challenges of poor marketing and financing. Uganda is among the top 10 destinations that are on course to turn into popular tourists’ destinations in Sub-Saharan Africa, according to a World Bank report.

The Tourism in Africa: Harnessing Tourism for Growth and Improved Livelihoods report indicates that Uganda together with Rwanda, Burkina Faso, Gambia, Malawi, Mozambique, Senegal, Zambia, Zimbabwe and the Seychelles are scaling up tourism and emerging as a tourism destination.

The report ranked Kenya among the eight destinations that have grown beyond scaling up to the consolidation stage, with relatively mature tourism sectors and only working on deepening and sustaining successes. Kenya ranks in the same league with South Africa, Mauritius, Namibia, Botswana, Ghana, Cape Verde and Tanzania in terms of consolidating the tourism sector and have the highest economic and tourism performance in region.

Tourism in Africa has the potential to be a significant economic driver for the continent, however infrastructure poses a true obstacle for advancement. Road, railway, and airport conditions are subpar and international travellers are turned off by what they consider less than average hospitality services in many areas. Western tourists are also concerned about the potential safety risks of traveling to Africa, particularly to more Arab-influenced locations where they could be potential targets for terrorist activity. Governments need to consider increasing investments in the tourism sector and marketing to a wider range of potential customers.

Despite the minimal efforts to improve on the viability of the tourism industry, the World Tourism Organization (WTO), is confident Africa could “more than double the number of tourist arrivals from 50 million in 2010 to 134 million in 2030.”

Ghana is rapidly developing, with modern infrastructure springing up and must-see tourist sites dotted across the length and breadth of the country.

The contribution of tourism to the Ghanaian economy cannot be overemphasized. The World Travel and Tourism Council in a report in 2017, highlighted the impact of the sector on Ghana’s Gross Domestic Product (GDP) and on job creation.

On job creation, it said the sector’s contribution to employment, including jobs indirectly supported by the industry was 5.3 percent of total employment (882,000 jobs). This is expected to rise by 16 percent to 807,000 jobs in 2028 (4.8 percent of total).

The country has over the years demonstrated its ability to attract both local and international tourists but the corresponding investment in the sector has been quite low as compared to the resources the country is blessed with in the tourism sector.

Furthermore, issues of safety must not be swept under the carpet. Although government has begun auditing some tourist site to improve on safety, many of them still lack the basic safety measures for patrons.

It is very interesting that despite the efforts of government to tackle poor sanitation along the country’s beaches, the menace of open defecation on our beaches is still alive and well.

Ghana and the continent of Africa, must take a critical look at ways of bettering the tourism and hospitality industry by making policies which will establish the industry as a much decent and appealing profession. If we are to put our unemployment miseries behind us in Africa, then we have no other choice but to start full scale investment into exploring the diversities associated with the largest industry in the world (Tourism and Hospitality). If those with little can be successful at it, then, we have no excuse.

As we join other super successful tourist nations in marking the day, let us arise and support tourism to grow, for in it, lies a better future for all.