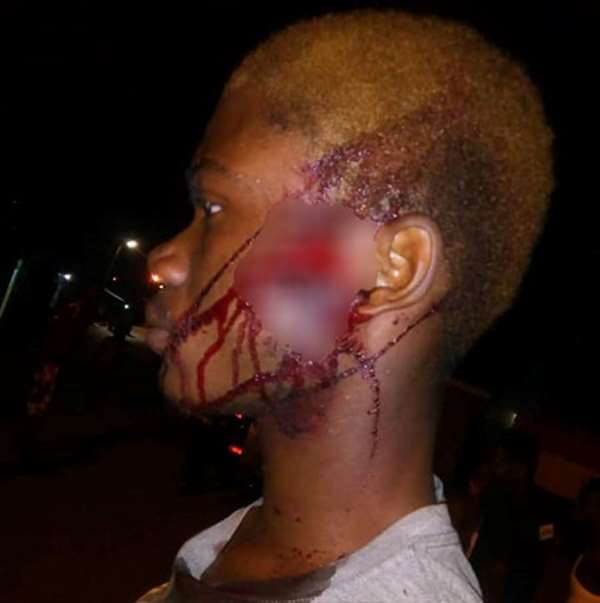 The Assembly election race at Homowo Electoral Area at Tema Newtown has turned into a do-or-die affair following a brutal attack on a 19-year-old boy at Abonkor, a suburb of the area.

The injured boy, Ben Dika, was attacked with a machete on Tuesday night after a heated debate over candidates vying to go to the assembly to represent the local people.

Dika was rushed to the Manhean Health Centre where is currently battling for his life after bleeding profusely from his hands and head.

The prime suspect, who was only identified as Kapanja, is currently at large and the police are hunting for him.

Information available to DAILY GUIDE indicates that on Tuesday evening, the victim, who is a staunch supporter of the incumbent Assembly Member for the Homowo Electoral Area, Christian Yaw Amoah, popularly known as C.Y, allegedly destroyed posters of Enoch Afutu Kotei, the main contender of the incumbent.

As a result, some heavily-built men believed to be coming from the camp of the contender attacked the victim and inflicted serious machete wounds on him.

The assailants tried to set the place ablaze but the residents raised the alarm and they escaped from the scene. Since the attack, there has been uneasy calm at the electoral area as supporters of both candidates are believed to be gearing up for a fight.

The Tema Regional Police Command had since cautioned the candidates to call their supporters to order.