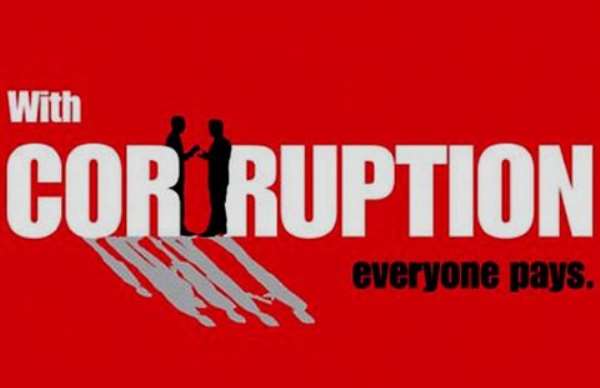 The Commission on Human Rights and Administrative Justice (CHRAJ) has called on communities without police stations or security facility, to report corrupt practices to their chiefs, District Chief Executives or any local lawmaker.

The Chief Director of CHRAJ, Alhaji Suleiman Ahmed, was of the view that this would help his office to reach out and investigate these complaints to ensure justice is served.

He made the call on Monday, October 3, at a sensitisation workshop on the Whistleblower Act 2006 (Act 720) in Accra.

According to him, it is important to have such key stakeholder workshops to conscientise all concerned, to help in the fight against corruption.

Alhaji Suleiman Ahmed reiterated the need for the National Anti-Corruption Action Plan (NACAP) document which he said, constitutes a national framework for combating corruption, to promote visible developments across the country.

"The state institutions have key roles as embedded in the document to implement so that collectively, we can fight corruption," he explained.

On the Whistleblower Act, he said it is prudent for citizens to know that the Act provides a framework for individuals to disclose information of public interest that relates to unlawful or illegal conduct for action.

He was, however, unhappy that most people are unaware of this Act which also provides for disclosures on procurement breaches that are likely to occur.

The Director of Anti Corruption at CHRAJ, Charles Ayamdo, in his presentation on the role of the Commission in the implementation of the Whistleblower Act, cautioned authorities or individuals to desist from withholding information or disclosure by a whistleblower, as it can lead to severe sanctions and punishment of not less than a two-year jail term, if found capable.

He also assured whistleblowers of the necessary compensation and protection against victimisation.

State Attorney, Asiamah Sarpong, gave a detailed presentation on the Whistleblower Act 2006 (Act 720) while an official from the Public Procurement Authority (PPA), Abdul Latif Alhassan, took them through the procurement regulations.