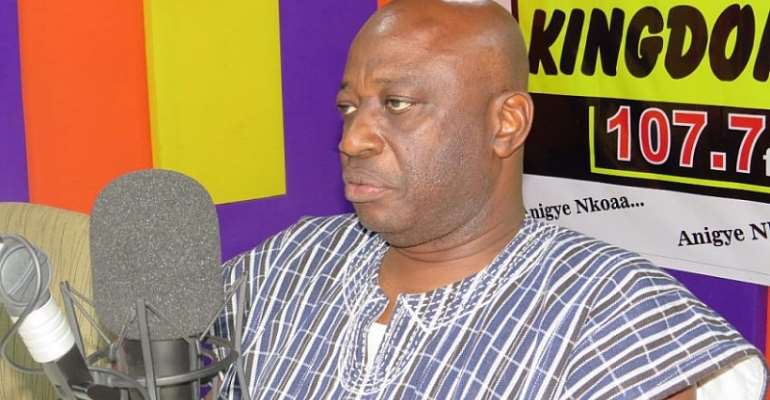 The CEO of the Public Sector Reforms, Thomas Kusi Boafo, has reiterated the government’s commitment to transforming the lives of farmers in the country, especially cocoa farmers.

He told Lawyer Ohene Gyan, host of ‘Pae Mu Ka‘ on Accra based Kingdom FM 107.7, that the Akufo-Addo government has cocoa farmers at heart contrary to what is being “bandied” in the media by members of the Minority in Parliament.

The government has announced an increase in cocoa producer price by more than 8 percent for the next crop season.

The Minority has been at the jugular of the government after it announced increment in Cocoa prices claiming the Akufo-Addo led government is cheating Ghanaian cocoa farmers.

Thomas Kusi Boafo said despite the fact that the world price of cocoa tumbled in 2018, Ghana decided to maintain the producer price of the commodity, instead of following the world market trend to reduce it, in order to keep faith with cocoa farmers.

“With goodwill for Ghana’s cocoa farmers, the government has decided to continue to motivate the cocoa farmer by deciding to increase the price of cocoa,” he said.

According to Thomas Kusi Boafo, cocoa has witnessed a tremendous change under the Akufo-Addo led administration.

The Minority in Parliament argued that the government must utilize the cocoa stabilization fund established by the previous government, to cushion farmers instead of the insensitive approach the COCOBOD intends to use.

He assured cocoa farmers that the government would continue with the Stabilisation Fund, with annual contributions from the FOB price, to mitigate risk against drastic falls in the prices of cocoa on the world market.

The CEO indicated that even under pressure of making losses because of the behavior of world cocoa prices, the government managed to sustain the price for Ghanaian farmers when all other countries reduced theirs.

The National Executives of the Ghana Cocoa, Coffee and Shea nut Farmers Association (GCCSFA) has expressed gratitude to President Nana Addo Dankwa Akufo-Addo for maintaining the producer price of cocoa despite the IMF suggestion that it should be reviewed downwards.