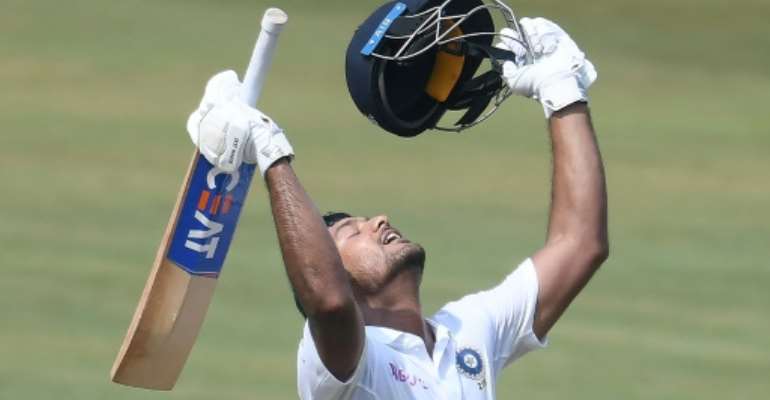 Opener Mayank Agarwal completed a double century on Thursday to put India on course for a mammoth first innings score in the opening Test against South Africa.

Agarwal, who completed his maiden Test hundred early on day two, reached 200 in the afternoon session while India were 450 for five at tea in Visakhapatnam.

Ravindra Jadeja was on six, and Hanuma Vihari on eight at the break.

Agarwal finally fell for 215 after part-time spinner Dean Elgar struck in his first over and the batsman departed with handshakes from the South African players.

He put on a record 317-run opening stand with opening partner Rohit Sharma to set the tone for India's dominance at the start of the three-match series.

Sharma fell for 176, stumped off Keshav Maharaj before lunch, and India then lost two cheap wickets. Cheteshwar Pujara went for six and skipper Virat Kohli for 20.

But Agarwal kept up the attack until his departure to pile pressure on the South African bowlers in a session extended to make up for time lost to a thunderstorm on Wednesday.