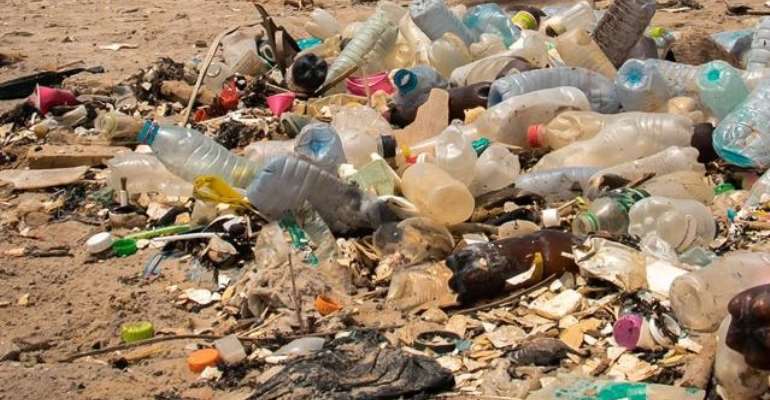 The Executive Secretary of the Coalition of NGOs in Water and Sanitation (CONIWAS) Patrick Apoya does not think the Ghana National Plastics Action Partnership will amount to much.

Speaking after the initiative which seeks to counter the alarming plastic pollution was launched, Mr. Apoya held out a little hope that the government would this time around back a policy with action.

Recalling the national sanitation campaign launched in November 2017, he said:

“The launch of the national sanitation campaign was more impressive, was more motivating and gave more hope to Ghanaians that something was going to happen. After that speech, we have seen only about 20 percent achievement of what was launched and I don't see what will make this one different.”

In his initial critique of the plan on Eyewitness News, Mr. Apoya was concerned that it only considered limited options for dealing with plastics and not an explicit ban on plastics.

Mr. Apoya recalled comments by the Minister of Environment, Science and Technology where he said the government may not ban the use of plastics in Ghana anytime soon and stressed that “it is not an option you should preclude at this early stage.”

“The unfortunate thing about this particular launch is that it has appeared to lock out all other options including the option of banning one-off plastics and settled on the path of value addition.”

He expressed further fears that the plan favoured the interests of plastic business owners and their lobbies.

Responding to Mr. Apoya’s concerns on the banning of plastics, Nazir Ahmed Yartey, the Public Relations Officer for the Ministry Environment, Science and Technology said the policy makes provision for “a progressive ban on single-use plastics which includes polythene bags.”

He, however, did not give details on this aspect of the plan.

“When we start implementing this policy, we will roll out the timelines for the bans. It is important at this stage to understand that.”

ASEPA to sue Presidency for withholding info on petition for...
27 minutes ago