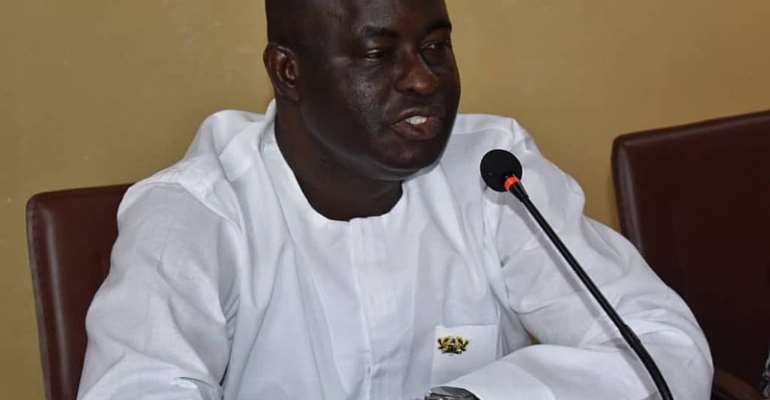 Dr Bin Salih was addressing scores of security officials including the Police, Military, Prison Service and the Immigration Service among others at the 2018 edition of the West Africa Security Service Association end of year get together in Wa.

The annual event, characterised by jollifications and merry makings, was to celebrate the successes chalked by the Police Service within the year as well as the challenges they encountered and the way forward.

The construction of the Upper West Regional Police Headquarters located at Sombo, a suburb of Wa started some few years back but since yet to be completed, but information regarding the delay in completing the project was yet to be known.

To this end, Dr Bin Salih entreated the leadership of the Police to take the necessary steps to ensure its timely completion.

"one issue that is of concern to me is the delay in the construction of the Regional Police Headquarters Building on the Wa-Sombo road which has been suspended for some time now. The RCC will like to urge the police to come out with workable road map that will resolve the bottleneck affecting the completion of the project”, he said.

The Regional Minister also called for effective collaboration between the security agencies such as the police and Military as well as the general public in the fight against crime.

Dr Bin Salih, however, commended the police for their crucial role in preventing crime in the region and the country at large, saying “the sanctity of the institution (Police) should be preserved in order to achieve a peaceful and progressive society.

The Regional Minister thus pledged an amount of GH₵10,000.00 from his salary as seed capital to reward diligent police personnel in the next WASSA celebration.

On his part, the Upper West Regional Police Commander, DCOP Aboagye Nyarko, observed that fighting against crime in the society was a collective responsibility of all and appealed to the public to volunteer information on crime issues to aid the police in their work.

He said, though illegal mining, otherwise referred to as galamsey, is gaining grounds in the region, the police was working to end the canker.

DCOP Nyarko said so far four Burkinabe nationals had been sentenced to pay a fine of 120 penalty units each while two others were under trial in Wa in relation to illegal mining in the region.

The Police Commander stated that the crime rate in the region which included snatching of motorbikes and rape among others had reduced due to the arrest of some notorious criminals who were terrorising the people in the region and some measures put in place by the police.