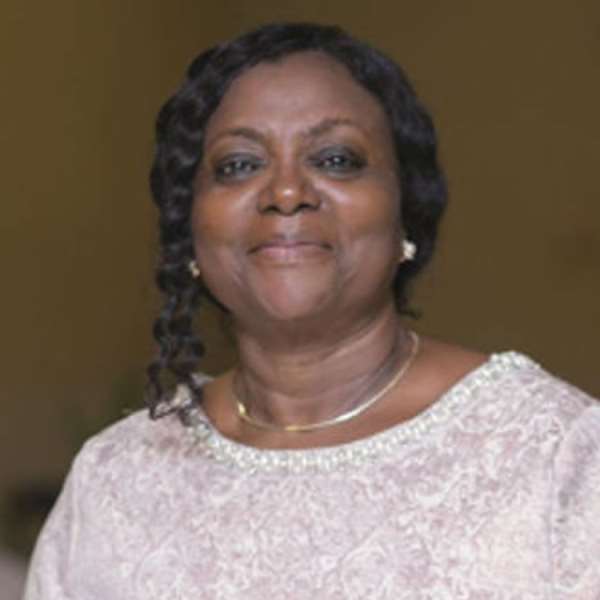 It is definitely, by all accounts, one of the least most efficient public establishment in the country. I am, of course, talking about the Ghana Revenue Authority (GRA), whose Acting Board-of-Directors Chairperson, Ms. Adelaide Ahwireng, was recently alleged to have rented out two real estate properties that she owns to an employee of the GRA and the other to the very establishment whose Board she currently chairs as office space (See “Scandal Rocks GRA; Board Chair Grabs GHȻ 1.4 M” Daily Guide/Modernghana.com 9/2/19). The problem here is less about the amounts of money charged as rent for the two properties than the fact that this transaction clearly constitutes a striking case of a conflict-of-interest. I sincerely don’t know how these things work in Ghana, where official corruption clearly appears to have been shamelessly built into our statutory architecture and/or the Constitution itself.

Otherwise, the search for rental space ought to have been openly advertised on the market and value-for-money critically worked into the same. As it stands, what we have here is an executive operative of the government using her official power and influence to scam the hardworking Ghanaian taxpayer. It is also significant to note without absolutely in no way justifying the opprobrious behavior of Ms. Ahwireng, that she is not unique in this kind of sordid dealings with the nation and, in effect, the Ghanaian taxpayer. To be certain, the egregious misdeed for which she is being aptly called to account has precedent in Mr. Johnson Asiedu-Nketia’s decision to sell cement blocks to the Bui Dam Authority (BDA), while the dynastic General-Secretary of the then-ruling National Democratic Congress (NDC) was a Board Member of the BDA.

In the latter instance, however, the onus of responsibility clearly and squarely lay with the extant Board Chairman of the BDA, to wit, Mr. Jabesh Amissah-Arthur, the younger brother of then Vice-President Kwesi Bekoe Amissah-Arthur, presently deceased. Either way, it well appears that good governance was never one of the salient objectives of the framers of the 1992 Republican Constitution. To be certain, it could be aptly suggested that good governance is decidedly an anathema to all Ghanaian leaders and politicians without exception. The good news here, though, is that under the watch of President Addo Dankwa Akufo-Addo, the law seems to be working, which is why a remarkable number of these executive operatives are being exposed daily and around the clock, as it were. As well, no unsavory attempt is being made, as far as I have been able to determine, to cynically shield any of these allegedly fraudulent government officials.

Just the other day, for example, the case of Mr. Adjenim Boateng Adjei was promptly and responsibly referred to the Office of the Special Prosecutor, the Office of the Attorney-General and the Executive-Chairman of the Commission on Human Rights and Administrative Justice (CHRAJ) for investigations and the most appropriate response from the Presidency, depending on the ultimate outcome of the same. There is every hope that the man who appointed these institutional heads will waste absolutely no time in bringing those who are found to have needlessly caused financial loss to the State or compromised the integrity of their respective offices will be promptly brought to book. Our parliamentarians also need to haunch down and get to work on the very adult business of plugging up all the loopholes that make it so scandalously easy for those entrusted with the well-being of Ghanaian citizens to end up actually making us more miserable than we deserve to be.

Now, I don’t really know what the going rates are for the rental properties owned by the GRA’s Board Chairperson, but it seems to me that the right thing for the appropriate law-enforcement agencies to do is to have the value of these two pieces of property promptly assessed in order to determine how they may, each, be really or reasonably worth in terms of monthly and annual rental charges. And then have Ms. Ahwireng refund whatever amounts she may be legally deemed to have overcharged the nation and, in effect, the Ghanaian taxpayer, with punitive interest or surcharges, of course. She also needs to be promptly let go, if sanity and fiscal responsibility of the kind that is apt to put Ghana beyond the beggarly search for economic assistance of the kind that has made us a veritable “Shit-Hole Country,” and which President Akufo-Addo would have become a relic of the past should become precisely that.

More Feature Article
Modern Ghana Links
Blasphemy: Ganduje and Continued Detention of Mubarak Bala in Kano
Ghana’s Benighted Age of Prophetic Madness
Sunk before Service: Australia’s Disastrous Submarine Project
The state of Censorship
The Yin and Yang of 2020: A Messy and Terrible Year, yet a Harbinger of Global Hope
The Talking-heads in Africa on my mind.
Biden administration signals hope for a new START
The Police Must Desist From Selective Enforcement of Imposition of Restrictions Law
Ex-President Trump And Four Years Of Witchcraft In American Politics
Election Reports Quotes Dossiers
TOP STORIES