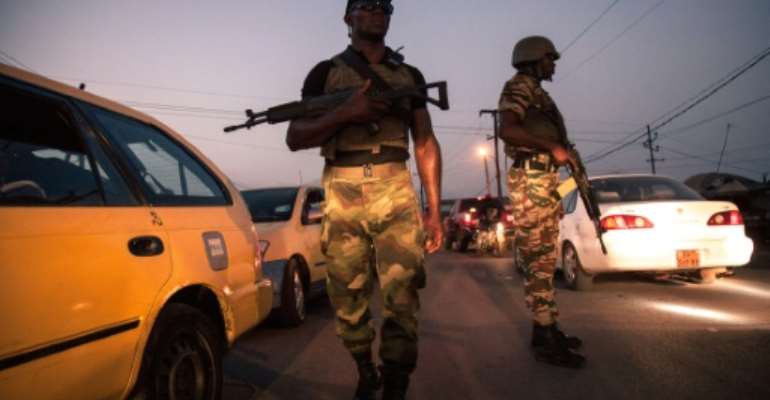 Soldiers have been battling insurgents in Cameroon's English-speaking regions since 2017 in a conflict that has killed 2,500 people. By ALEXIS HUGUET (AFP)

Hi-tech promoters had big dreams for Silicon Mountain in Cameroon, where a broad plateau was seen as perfect for startup ventures, but their hopes have been shattered by a separatist struggle.

Entrepreneurs in the tech village wanted to launch new technologies and make Cameroon a market player on the model of California, but the bloody insurgency in the country's English-speaking west has driven many to leave.

"Silicon Mountain is just about alive," says Valery Colong, one of the workers in the ActivSpaces area modelled on Silicon Valley at the foot of Mount Cameroon, but his voice lacks conviction.

The ambitious Silicon Mountain project bears the economic and social scars of a conflict that has claimed more than 2,500 lives since 2017, according to international NGOs. Many of the dead and wounded are civilians.

"The crisis has badly affected our activities," says Colong, promoter of the project to make ActivSpaces a key link for business at Silicon Mountain. The walls at its headquarters are decorated in the colours of global internet giants.

The hi-tech incubator site is meant to extend from Buea, the capital of the Southwest Region on the slopes of the mountain, to the chic seaside resort of Limbe on the Gulf of Guinea, about 30 kilometres (19 miles) distant by road.

But several promoters have pulled out, while others have taken their business to Douala, a major port and economic capital of Cameroon, only 50 kilometres from Buea but set in the majority French-speaking part of the country.

"Others simply dream of leaving the country," says Colong. 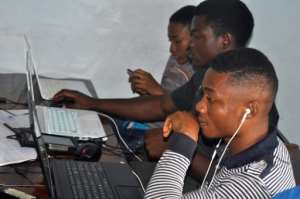 Cameroon's tech start-ups are worried about the impact a separatist insurgency will have on investor interest. By Reinnier KAZE (AFP)

Residents of Buea hope for peace to return, but few express any faith in a "Great National Dialogue" convened by President Paul Biya to begin on Monday.

Biya, ruler of the central African nation for 37 years, has invited representatives of the anglophone Southwest and Northwest to the capital Yaounde to settle the crisis.

But most of the separatists, along with a major part of the political opposition, have decided to boycott the national dialogue for lack of a ceasefire and until their jailed leaders are released.

'Scared of getting shot'

"Before the crisis, there were 10 startups on average in the main hall," Colong said on the first floor of the ActivSpaces premises in central Buea. "Today there's just one."

In a corner of the main hall, Nevile Akombo Akwo was working on Digital Renter, a site dealing in property announcements. "I'm here because I believe in the future. This isn't the time to be discouraged," he said. 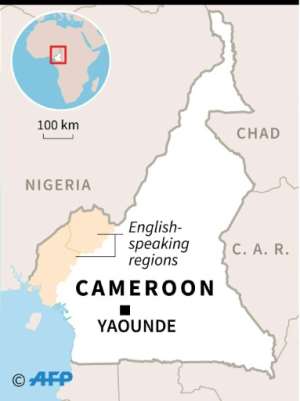 Cameroon's English-speaking regions, which have been rocked by insurgency since 2017. By (AFP)

"For the platform to work, we have to go out on the terrain to see the property owners, but it isn't possible to go everywhere in town," Colong says.

"It's dangerous to go to difficult zones like the Muea district or Mile 16, the guys are scared of getting shot."

In the Southwest and Northwest, the demands of English-speakers who feel that the eight French-speaking regions have taken the lion's share of social progress and development at their expense, turned violent in the past three years.

Radical separatist groups have waged an armed struggle with the security forces sent by Yaounde, where authorities have remained largely deaf to the issues raised by the anglophone minority, who make up 16 percent of the population.

Troops are deployed almost daily to fight scattered radicals fighting for their self-proclaimed independent state of Ambazonia. Both sides have carried out atrocities against civilians and more than 530,000 people have fled their homes.

In 2017, the authorities cut internet services in the two regions for three months, a measure that drove firms from Silicon Mountain to move close to Douala.

"Our main partner ceased to finance us," Colong says. ActivSpaces has turned to giving tech training to young people, taking in 15 of them. 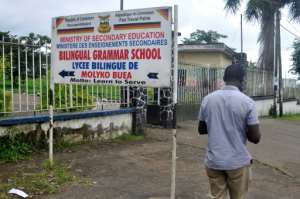 Some bilingual schools in the Anglophone region have been closed by a shutdown protest by separatist insurgents. By Rennier KAZE (AFP)

"I've been here for two months, my experience is positive," says Stephen Mbong, during an exercise with a fellow student.

Colong does not rule out leaving if the situation gets worse, but the sector of new technologies is not the only victim of conflict in anglophone Cameroon.

Income from national cocoa exports, of which 40 percent come from the Southwest, and from Arabica coffee, of which 75 percent comes from the Northwest, have dropped by 20 percent because of the conflict, according to the employers' association Gicam.

The crisis has also sent the unemployment rate in agriculture up to 70 percent, according to the non-profit organisation Human IS Right, based in Buea.

Building work and public sector projects have come to a standstill on many sites. Investors are not keen to put money into a conflict zone, while the expatriate community has difficulty in transferring funds when the government suspects the money may be going to armed groups.

Gov't sets up committee to ensure vaccine development in Gha...
6 minutes ago