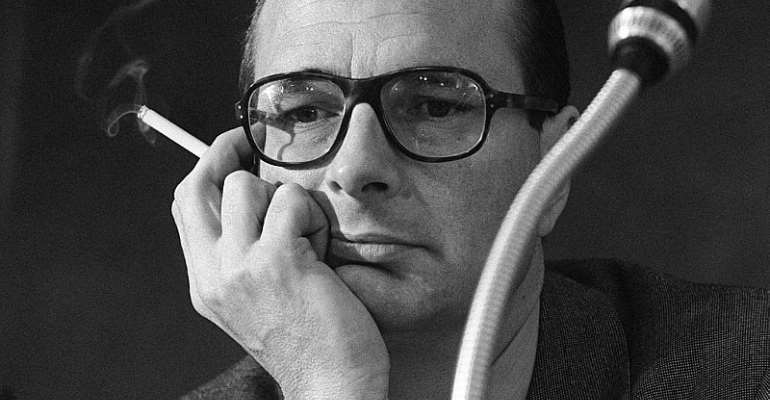 Press reaction to the news of the French former president's death, both at home and abroad.

"Sadness", "emotion" and "gratitude" are the key words in the messages being published by the French political family.

Le Monde opens its Chirac coverage with a piece headlined "A life of ambition" in which we are reminded of a political career spanning five decades, and involving every rung of the political ladder.

Le Figaro, from Chirac's own right-wing side of the house, laments "The death of a conqueror".

Left-leaning Libération remembers the man who was president for 12 years as "The cameleon of the Republic".

Financial paper Les Echos announces "The death of the old lion".Communist L'Humanité limits itself to the facts with the headline "Jacques Chirac is dead". Der Spiegel in Germany does exactly the same.

In London, The Guardian is too busy bashing Boris and trashing Trump to have much space for a dead French former president.

But the London daily's profile remembers Chirac as the leader of serious western political opposition to George Bush Junior's Iraq war and the first president to acknowledge France's role in the Holocaust.

A leader of the free world
The Washington Post remembers him with something close to affection: "Flamboyant French president who opposed US invasion of Iraq dies at 86," reads the down-page headline, with the small print adding that Chirac was known for his advocacy of a “multipolar” world in which Europe would counterbalance US dominance.

He also famously observed that "You can't export democracy in an armoured vehicle."

The New York Times remembers "A French leader who championed European identity," suggesting that the Americans really were struck by Chirac's pre-Trump, pre-Brexit determination to have Europe stand up for itself against the trans-Atlantic ally.

In the Arab press, as far as I can figure out from a smattering of English-language versions, he is the affable leader who said 'no' to war in Iraq. The Arab world is also remembering Chirac's pro-Palestinian outburst in Jerusalem when he exploded angrily because Jewish security guards prevented him from shaking hands with Arab Israelis. "Do you want me to get back on my plane?" he fumed in English. "What you are doing is not protection, it is provocation."

Of all the strange and remarkable things I learned this morning, cruising through the papers in search of Chirac, most striking was the fact that the former president was an expert on ancient Chinese statuary, and was recognised as such by the government in Beijing.

There can't have been too many other right-wing leaders in history to be so honoured by the world's largest communist administration.

And we'll give the final word to Libération, which quotes an un-named political adversary as saying, "People think Chirac is a decent guy, but not very bright. In fact, he's exactly the opposite."

There are worse ways of being remembered.