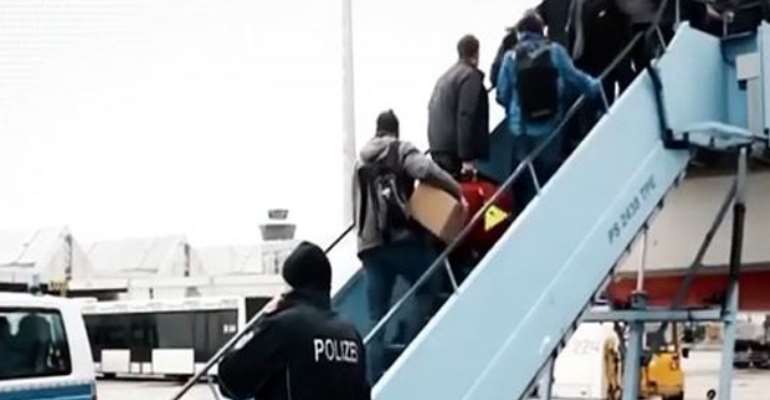 Germany has reportedly deported 17 Ghanaians back to the country.

The deportees were brought back to their homeland in a chartered flight CT3721.

According to the Ghana Immigration Service (GIS), the deportees were received at the Kotoka International Airport.

A statement signed by the Regional Public Affairs Officer, KIA of the GIS, Barbara Sam, said the deportees are all males and aged between 21 and 60 years.

It said they were escorted by 67 police officers, including paramedics from Germany, adding that “they were deported for immigration related issues such as over-staying their entry permit and illegal stay.

“The 17 who had stayed in Germany between three and ten years arrived with 15 of them arriving on travel certificates issued by Ghana Embassy in Berlin, Germany, whilst the other two on Ghanaian passports,” according to the statement.

It added that 10 of the deportees are from the Ashanti Region, five from Greater Accra Region, and one each from the Bono and Northern Regions.

Meanwhile, the United Kingdom (UK) has also deported a total of five Ghanaians.

Mahama never paid compliments to Atta Mills like Bawumia do ...
6 minutes ago

History NDC MPs made on 7th January has been wiped out; Cou...
16 minutes ago