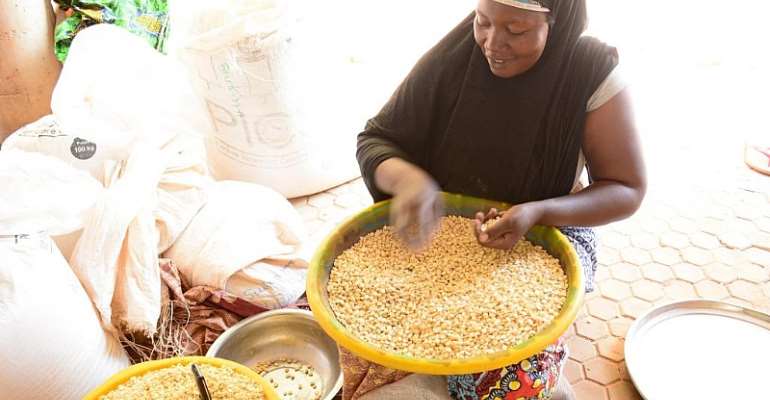 As world leaders gather in New York for a key UN climate summit aimed at reversing runaway climate change, African countries are calling on their partners to declare a climate emergency after a series of cyclones and droughts.

"This is a moment of truth," says Agnes Kabilata, president of the Kenya-based Alliance for a Green Revolution in Africa (AGRA), as world leaders convened Monday in New York for a key climate summit.

The event, aimed at reinvigorating the faltering Paris agreement, comes after a week of student-led climate action, and although the dust may have settled, the momentum, has not waned.

"If nothing else happens, today, we all looked in each other's eyes and agreed to do things differently," Kabilata told RFI.

There were signs of progress made when 24 development banks pledged more than 1 trillion US dollars of climate finance to developing countries by 2025.

Climate finance has long been a sensitive topic towards implementing the Paris climate agreement, so this is "extremely good news," acknowledged Kabilata.

"This funding will go towards helping [developing] countries prioritise climate funding in their agenda, which is what we're looking for."

Suffering in isolation
Her organisation, set up in response to a call from former UN Secretary-General Kofi Annan for African farmers to wage a “uniquely African Green Revolution", has fought to put smallholder farmers at the centre of policy decisions in over 11 African countries since 2006.

Kabilata on Monday urged the UN to do the same.
"Farmers need access to funds to help them deal with climate change. There is no need for them to suffer in isolation."

At the frontline of global warming, producers in Africa are facing food insecurity after a series of droughts and cyclones.

"The drought that is happening right now is making it difficult for known seeds that farmers have been using to work in the environments they're in," says Kabilata. "The land they're using is becoming marginal instead of optimal."

Kenya and neighbouring Somalia have been grappling with water scarcity after weak rainfall in late 2018.

Empty bread baskets
Traditionally, countries in "Eastern Africa are the bread baskets of the region, but today we have 27 million people who won't have enough food because the rains didn't come. If they continue not to come, we'll have over 60 million people that are suffering," said Kabilata.

Further south, two devastating cyclones killed over 600 people in Mozambique, while flooding wreaked havoc on the lives of more than 2 million, according to aid agency World Vision.

"It is a climate emergency for Africa," commented Kabilata, as a group of African countries, led by Gabon, were pushing on Monday for the United Nations to declare a global emergency.

"What makes it even more difficult is that people don't even know why this is happening," she said.

The paradox is that farmers, who bear the brunt of climate change, may be indirectly contributing to the problem.

Fighting back
According to a report in August by the Intergovernmental Panel on Climate Change (IPCC), emissions from land use, largely agriculture and land clearing, are responsible for 22 percent of the world's greenhouse gas emissions.

"We need to get these communities to understand what is going on so that they don't contribute to a worsening of the situation, but that will come through building their resilience," insists Kabilata.

While informing farmers is a first step, she insists that "equipping them" with the right tools, is far more important.

"We can produce more with less by helping farmers use high-yielding seeds," she reckons, referring to an example of one female producer in Kenya's highlands in Kiambu.

"This farmer planted her seed in a small plot; she got a good crop, and was then able to borrow money to buy a kilo of seeds, followed by an irrigation pump.

"She was willing to commit everything not to lose a season because that's everything she has. So, farmers are not sitting around and waiting, they are actually contributing to their own adaptation and resilience," she said.