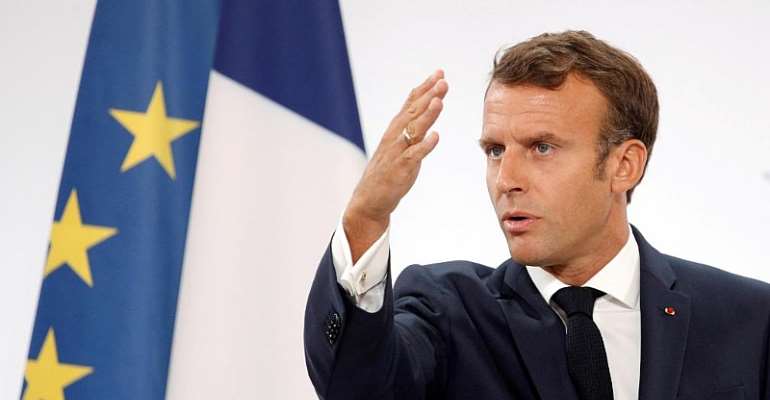 French president Emmanuel Macron's popularity rating has reached 37 per cent, up three per cent from one month ago. A French pollster's latest findings published on Friday, show the same percentage increase in support for Macron's prime minister Edouard Philippe who is backed by 41 per cent.

It's the first time since July 2018 that the French President has scored more than 35 per cent, accord to the BVA poll conducted for Orange, radio station RTL and financial daily, La Tribune.

Add to this, that the poll found 42 per cent of Socialist Party supporters were backing Macron, representing an increase of 14 points and it's good news for Emmanuel Macron.

Macron frontpages Time magazine
Ahead of the United Nations General Assembly speeches starting on 24 September, the leader of France, made space for an exclusive interview with the US weekly news magazine Time. It won him a front-cover portrait.

His analysis of  the causes of the protest movement that began last year includes the thought that it was "precisely the fact that we went too fast... without taking into consideration the social impact," of the fuel tax hike.

As a new thrust is expected from the Yellow Vests now that France has settled back to everyday matters after the widely followed one-month August holiday period, Macron told Time that his aim and that of his government is "to build this new country, this new France of the 21st century."

In a comment which woud ring true with US Time readers, he went on to explain to Vivienne Walt that "Our global economy failed to improve the situation of the middle classes."

Then appealing more directly to the Yellow Vests many of whom are not from the middle class, he said, "There is an over-concentration of wealth in some hands. We have a crisis of capitalism."

US view
On foreign policy matters, Macron said he respected the United States president Donald Trump for sticking to his guns. "When President Trump committed to doing a certain way with his voters, he does it. I respect that. This is good for democracy."

If voters are unhappy with their president Macron said, it's the voters' responsability, "If you want a president compliant with the Paris Agreement... elect a president who has such behaviour."