"2019 CSSPS Is Better Than Previous Years" 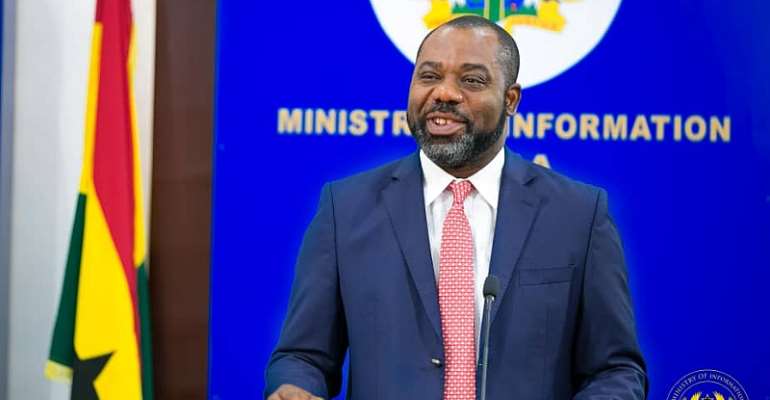 The Minister of Education, Dr. Matthew Opoku Prempeh has disclosed that he is happy ninety-one percent of students have successfully been placed in their selected schools in this year's Computerized School Selection Placement System (CSSPS).

According to him, despite the minor challenges recorded, he is confident, all students will be sorted out before the deadline.

Addressing the media at a Meet-The-Press on Thursday, Dr. Opoku Prempeh said "Out of the 520,298 vacancies declared, 512,083 results were completed out of which a total of 473,728 students successfully qualified leaving 38,355 as disqualified"

The Education Minister further added that under the protocol percentage of the CSSPS, Category A & B had 10% whiles Category C had 5% of students.

14 years ago, the then Kufuor Administration introduced a Computerised School Selection Placement System (CSSPS) which came to replace the manual way of posting students to various Senior High Schools to further their education studying the courses of their choice. However, the CSSPS were hit with some challenges where some students with low grades had the privilege to attend schools whiles pupils with better grades, having 'low class' schools.

The Education Minister, however, accepted the flaws of the placement systems adding that measures will be taken to rectify future occurrences.

"A 9-year-old child in Russia successfully hacked into the United States' National Security. We have been our firewall but people are still trying to penetrate the system and register their people" he noted.

He also revealed that his Ministry have been petitioned by some members of the opposition National Democratic Congress (NDC) to push some students in 'Category A' schools.

He advised students to take their education seriously.

She said "He should stop the blame games. NDC has no time in footing people to the Black Square. The people went there with genuine cases and their concerns were the happenings on the ground"

She called on the Education Ministry to make a priority for the country's education.

Ejisu: 21-year-old girl murdered with intestines gushed out ...
16 minutes ago