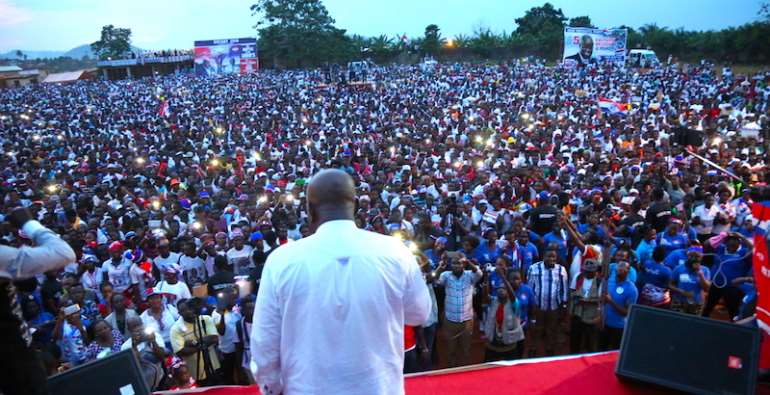 The latest Economic Intelligence Unit (EIU) report has predicted victory for the ruling NPP in the 2020 general elections.

According to the report, the governing New Patriotic Party (NPP) led by President Nana Akufo-Addo will retain power come the 2020 polls.

“Our forecast that the 2020 polls are the NPP's to lose remains unchanged” parts of the report reads.

Using Ghana’s improved macroeconomy as its lenses into the 2020 elections, the EIU says “it will be difficult for the NDC under Mr Mahama to portray itself as the better custodian of Ghana's economy”

The “fairly strong” outlook on the economy, it said will outdo the NDC’s chances.

The report mentions possible weakness in the NPP election machinery, highlighting voter apathy and a disgruntled base who may feel left out on political opportunities as 123 ministers remain the main beneficiaries of these opportunities

It also mentions that the NPP parliamentary primaries if not well managed may led to disaster.

Outside the party, the general concern remains job creation with the government still chalking “patchy” successes with its industrialization plans, the EIU says.

But these weaknesses nonetheless, the NDC needs to present a “coherent opposition” and target the “unfilled campaign promises” of the NPP mainly on jobs, the EIU says.

The effect of a focused opposition, the EIU says is that the general elections “could be closely contested.”