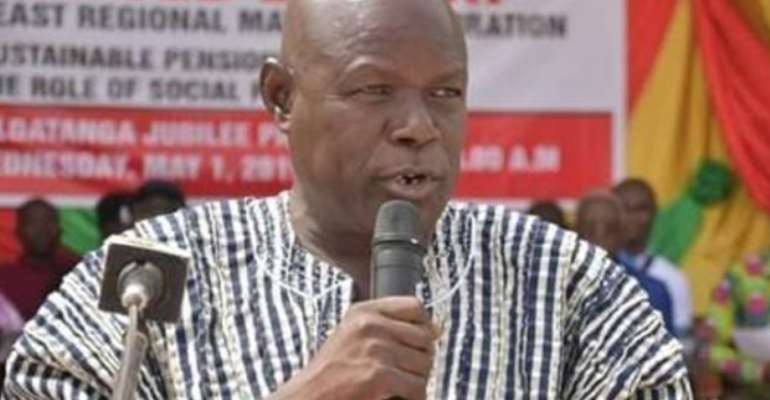 Members of the Soe Community in the Bolgatanga Municipality and its chief executive have disagreed on the construction of a dam under the One Village One Dam (1V1D) policy in the community.

While Mr. Joseph Amiyuure, the MCE, is saying that the dam was constructed at the site of a pond, the community members have disagreed with him, insisting that the dam at its present size and depth was already in existence before the introduction of the 1V1D initiative.

The community members said the only work done on the dam by the MCE was the construction of an embankment at one side of the dam and a spillway, which was poorly constructed and directed towards houses.

The disagreement took place when Madam Tangoba Abayage, the Upper East Regional Minister, paid a working visit to the dam in the company of the MCE, as part of her two-week tour of the region.

The MCE was to show the Regional Minister some of the dams and other projects being constructed in the Bolgatanga Municipality under the 1V1D programme.

President Nana Addo Dankwa Akufo-Addo, upon assuming office, rolled out several flagship programmes, in a bid to improve the welfare of Ghanaians, and 1V1D is one of such policies.

It is expected that one dam would be constructed in each community in the five regions of the north – to provide water for all year farming, especially during the dry season and for watering of livestock.

However, during a tour of the dam in contention, the MCE explained that it was a small pond connected to a stream that was in existence before the assembly took steps to dredge it into a big dam with an embankment and spillway.

The community members on the other hand, refuted the assertion and indicated that the dam with its current size and depth was in existence since 1959.

Mr Johnson Apasinaba, former assembly member for the area said the dam was considered as an ancestral place and had served as a tourist site for decades, adding that it was surprising for the MCE to claim constructing the dam from a pond.

The Regional Minister expressed dissatisfaction with the work of the MCE on the execution of the project in the community and charged him to employ community entry strategy in implementing projects in communities.