Tunisians undecided ahead of Sunday's vote 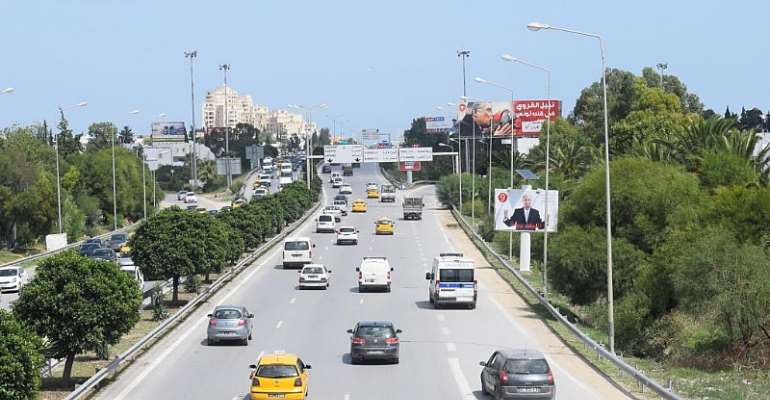 Campaigning for Tunisia's presidential election wraps up on Friday, with voters across the board untouched and unconvinced by the line-up of candidates.

With more than seven million Tunisians registered to vote in Sunday's poll, turnout could be slightly higher than in 2014, when the country held its first democratic presidential elections.

But in just the second free and fair vote, there appears to be limited interest and even less conviction that their ballot will make a difference – regardless of age or social status.

One new feature of this year's electoral campaign was a live televised debate between the candidates. But for many voters, it didn't help them make up their mind.

“In the debate, we basically heard the same thing,” says Amal, in her mid-50s, who works for an agency connected to the ministry of finance.

“Their programme is not clear at all. Personally I would vote for the candidate who already has experience in leading the country, such as Mehdi Jomaa or Youcef Chahed. There are others who are just as serious, but for now, I haven't decided.”

Economy vs stability
Caught in a traffic jam in the afternoon in Tunis, Mourad a taxi driver in his mid-40s, laments that bumper to bumper traffic was never a problem here in the capital a few years ago.

However, that is hardly the least of his worries these days.

“There has been huge inflation this year and we are suffering. We suffer quite a bit. Earning a minimum wage and buying day-to-day items. It's a lot. We can't make it.”

Beyond the economy, I ask if the sense of freedom that followed the 2011 revolution is at still intact.

“Freedom is fine. Security has advanced quite a bit, and now security is fine. But life is expensive. It's very expensive now.”

In the middle of the old city centre in the central market, locals and tourists are roaming the narrow streets dotted with white and blue buildings.

Tourism appears to be in fine form as a mix of languages hovers above the crowd.

“Tourism is much better now. We have Russians, French and especially the Algerians. They are really big buyers,” says Mohammed, who owns a store in the middle of the market that sells Tunisian pottery.

But it is only slightly better than before the revolution, he points out.

“People want stability, and so we will vote for someone who offers stability.”

However, when it comes to voting himself in Sunday's polls, he's less convinced.

“I'm hesitating, I'll decide on the last day."
Religious vote
Two young girls buying spices on the other side of the market, know exactly who they will vote for.

Dressed in jeans and t-shirts, 26-year-old Abir and 19-year-old Nesimme say they will both vote for Abdelfattah Mourou: the candidate of the Islamist party Ennahada.

“I'm voting for Mourou because I think he is the best person to help Tunisians be independent and improve the country,” Nesimme says, brimming with energy.

Asked if a religious party is the best way to keep the country stable, Nesimme quickly responds with a big smile, “Yes, religious. We cannot neglect our religion. That's why Mourou is the best candidate. He respects our religion, Islam, and will help us to live in security.”

Over in a more bourgeois part of town, near the Manar City shopping mall, others are less convinced. While not busy for a Thursday afternoon, the majority hanging around are young people.

Brain drain
24-year-old Anis and his friend are lining up for lunch.

He is not sure who he'll vote for, but says he will cast his ballot to help improve the situation in Tunisia. A situation in which many, including himself, find themselves – young, educated and no job.

The lack of professional opportunities has pushed many young people to seek work elsewhere, or at least to seek better working conditions, says Amin, a 26-year-old doctor who volunteers at one of 5 LGBTQI+ organisations in the country.

“After 2011 we have to have discussions about the young generation, who are not willing to stay here in Tunisia. For me it's catastrophic. In 20 years you will have nobody here,” he explains.

The country does not need another generic plan for the economy, he says. "That may work for two or three years." But what the candidates are missing is an emphasis on human rights – a need for personal safety and freedom, which are a key part of the greater vision of Tunisia's stability.

“This lack of freedom, of being able to be who you are at work and in society, is perhaps the second reason people are leaving Tunisia. But first, it's the economy.”