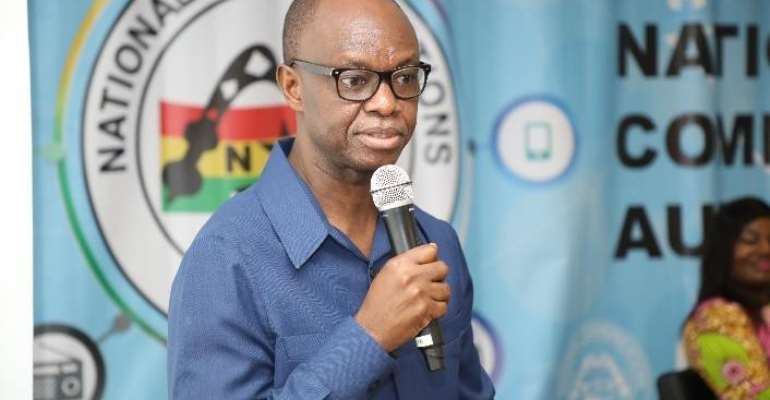 Accra, 12th September 2019: The National Communications Authority (NCA) has today inaugurated its Bootcamp for the 2019/2020 National Service Personnel at the NCA Tower in Accra. The event took place ahead of a six (6) week intensive boot camp which is tailored to orient and develop the personnel as they get ready to serve in various roles in the Authority. From 2017, the NCA has made a conscious effort to accommodate over a hundred (100) NSP for each year and subsequently, the Authority has received one hundred and seventy-six (176) personnel for this service year.

Gracing the event as the Special Guest of Honour was the Director General of the Criminal Investigations Department (CID) of Police, COP Mrs. Maame Tiwaa Addo-Danquah. Also present at the event were the Management and staff of the NCA.

Adding on, Mr. Anokye noted that the NCA was the first to introduce the Boot Camp Experience in Ghana which was duly launched by H.E. Vice President, the Minister for Communications and the National Service Scheme Director in 2017. He was hopeful that during the service period, the Authority will make a conscious effort to build their capacity and equip them with relevant skills needed to build their careers and for the world of work.

In her remarks, the Special Guest of Honour, COP Mrs. Maame Tiwaa Addo Danquah said she was elated to be invited to grace the event and share her experience through the Police Service. She reiterated that hard work and humility has facilitated her rising through the ranks in her career to her present position.

She encouraged the personnel to work hard and make an impact regardless of the challenges they may encounter since their training at the various tertiary institutions have already given them a broader horizon. Again, she urged them to take part in all activities of the Authority and mind their appearance, actions and utterances both in and out of work as they are now ambassadors of the NCA.

Speaking further, COP Addo-Danquah admonished the personnel to have good human relations with stakeholders, learn positively from staff and avail themselves for work always. She cautioned them not to take decisions on baseless opinions but seek clarifications and politely relay suggestions where necessary.

Bringing her remarks to a close, COP Addo-Danquah wished them well in their stay at the NCA.

Mr. Edmund Yirenkyi Fianko, Deputy Director of the Engineering Division of NCA also gave tried and tested tips for career success and encouraged the personnel to be achievers who will also leave good trails wherever they may find themselves.