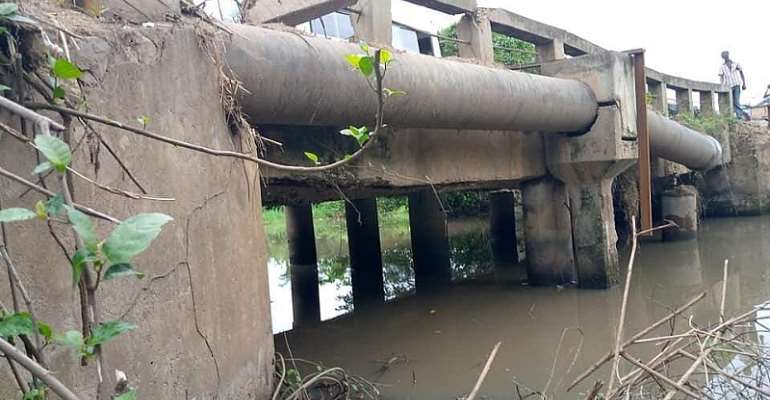 The road from Sokode to Bame in the Volta Region has been temporarily closed to commuters and motorists.

This is because a bridge that connects the said towns had become weak and posing a grave danger to commuters.

“The Ghana Highway Authority wishes to inform the general public that the road from Sokode to Bame in the Volta Region has been temporarily closed to all through vehicles until further notice.”

“This has become necessary due to the failing bridge over River Tsawoe between Akrofo Agorve and Akrofu Xexiwofe along the Sokode-Bame road,” a statement signed by Nicholas Dome Brown, Acting Chief Executive stated.

The Authority encouraged motorists travelling between Sokode and Bame to use the Anyirawase-Bame road and the Ho-Klefe-Akrofu stretch instead.

The Ho Municipal Director of the National Disaster Management Organization (NADMO), Stephen Adigon had earlier warned drivers in the municipality against using the road citing the “weak bridge” on the stretch.

A press release signed by Mr Adigon, urged road users to use other roads to avoid the bridge which NADMO says could “collapse at any moment”.

The bridge which carries a water pipe gave way a couple of weeks ago leaving the Ho Municipality without potable water for two weeks.

The pillars supporting it sunk and disconnected from the bridge as of the time Citi News visited the Tsawoe River during the Ho water crisis.

The Deputy Volta Regional Minister, Johnson Avuletey told Citi News during the water crisis that the bridge and the road that leads to it from Sokode had been “repackaged and awarded to a contractor”.

Rev. Johnson Avuletey further indicated that work is expected to commence on the road by September 2019.

Work is however yet to begin on the road.