ExLA Group's petition to the Dean of Diplomatic Corps in Ghana 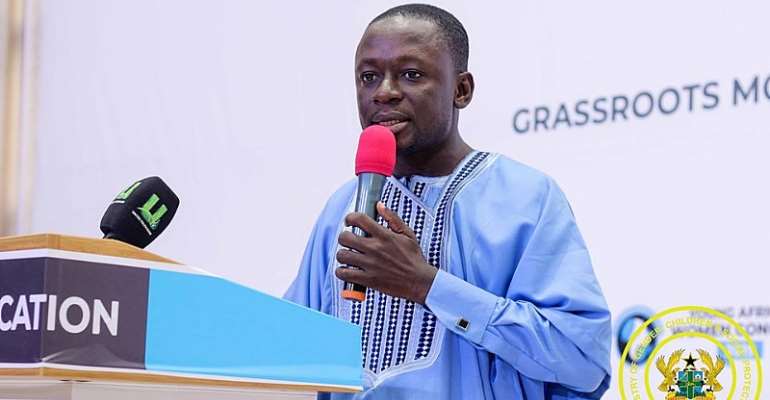 ExLA GROUP’S PETITION TO THE DEAN OF DIPLOMATIC CORPS IN GHANA ON THE COMMENTS BY THE SOUTH AFRICAN HIGH COMMISSIONER TO GHAHA, LULU XINGWANA REGARDING RECENT XENOPHOBIC ATTACKS AGAINST AFRICAN NATIONALS LIVING IN SOUTH AFRICA, ON 6TH SEPTEMBER, 2019.

The old aged xenophobic conducts by some citizens of South Africa was resurrected once again on Monday by some people whose orientation of the world order is rooted in malice, barbarism and backwardness. Without shame or regret these group of lawless people criminally arrest foreign nationals of African descent and attack them with whatever implement in sight and in some cases set live human beings ablaze.

Consequently, the South African High Commissioner to Ghana, Lulu Xingwana, is reported to have made a statement to the effect that African governments must take steps to create jobs for their citizens to discourage them from travelling to South Africa in search of greener pastures. She stated that the xenophobic attacks start from poverty. “All of our countries must create jobs and opportunities for their people so that we don’t all flock to one country because that one country would not be able to cope. If all of us were coming to Ghana, would you cope? Would you,” she queried.

In the first place, the statement of Madam Lulu is highly unfortunate and unbecoming of a diplomat. The comments just like the xenophobic attacks have the tendency to cause further diplomatic roar between South Africa and the other African countries. A diplomat is expected to adopt a very tactful and moderate posture when matters of this nature rear its head as it demands a moment of sober reflection and deep thought. It is wrong to attribute the levels of unemployment in South Africa to the existence of immigrants, especially Africans nationals. Such views is an admission of failure on the part of South African government and demonstrate lack of hope, vision and aspiration for the South African people. Yes, the xenophobic attacks is a crime attributed to poverty but the impression

should not be created that the poverty of the South African people is caused by the private commercial businesses these African nationals are engaged in.

The governments of Africa are obliged to endeavor to work out modalities that will lead to the creation of jobs for the teeming unemployed youth of their respective countries including South Africa. This is the burden of all governments and the High Commissioner is in the know that in Ghana, the government is doing what is necessary and same can be mentioned in other countries, although the efforts should be deepened. It is not accurate that South Africa is the only African country that African nationals are migrating to in search of jobs. There are all kinds of nationals in Ghana, Nigeria, Zimbabwe, and Ethiopia among others and to create the impression that South Africa is the only country hosting African nationals and as a result leading to the taking over of job opportunities in that country is to say the least very unfortunate.

There is no doubts that governments all over the world are conscious of the fact that they are obliged to create the enabling environment for their citizens to tap on the opportunities available to engage in viable ventures that makes them productive and gives them the financial power to make lives meaningful for themselves and their families. So that any government that is oblivious of such onerous responsibility is not worth the people’s government and have no business exercising the mandate and authority of the people.

As of now there are very important South African conglomerates ranging from mining to telecommunication as well as commerce operating in Ghana. The question is, why are these companies not operating only in South Africa but have decided to come to Ghana to do business? That is the way to go. The world order has changed and now globalization is the new world order. The world order today has been carefully designed and weaved in a way that no country can claim to be an island onto itself. There is interdependence of nations for one transaction or other to be successful. Globalization has brought about interaction, migration and integration among people of diverse background and citizens of different countries to engage in collective ventures that is driven by international trade and investment.

The High Commissioner cannot be convincing that there are no South Africans in Ghana in search of business opportunities. In fact when they adhere to the legal regime of Ghana and are successful as business people, it is good for Ghana because, they will pay taxes and one way or the other and may employ some Ghanaians to work for them to contribute to the Gross Domestic Product of Ghana, as well as remit profits back to South Africa.

Per international protocols, it is not a crime to travel to other countries for whatever reason once your presence in that country is supported by the laws of the country and your willingness to obey their laws. So when African nationals in South Africa are lawfully engaged in business, nobody has the right to take their lives just because your government has failed to fulfill their part of the social contract by way of providing opportunities including education, health, housing, jobs and security among others.

In fact, the comments of the High Commissioner sends a bad signal that the acts of those criminals have some level of foundation which is attributable to the exodus of African migrants to South Africa. Her views are wrong and seek to give impetus to the barbaric orientation of those who acted in that manner.

Somebody’s riches is not the cause of others poverty. If that view does not weigh sway, then those engaged in the xenophobic attacks should perhaps redirect their anger on others who obviously designed a certain political arrangement that targeted their inheritance, not their fellow Africans whose governments prioritized the emancipation of South Africa from the shackles of the obnoxious apartheid political system.

It is our considered view that the repeated acts of killing and maiming is no different from the heinous crimes being committed through the works of BOKO HARAM of Nigeria, AL- SHABBAB of Somalia and Kenya among others.

The time is now for the South African government to take the bull by the horn to send a clear message that the might of the state shall descend on anybody irrespective of their status in that country who takes the laws of South Africa into their hands and commit such crimes. Those arrested must be prosecuted and jailed. All those who have been affected must be compensated to assuage their pains. Perhaps, African governments must begin to adopt some radical measures to boycott South Africa in every way just to push the government to sit up.

We at ExLA Group are by this statement requesting your office to call Madam Lulu Xingwana to come clean on her statement and render an unqualified apology to the people of our continent and assure African nationals that the government of South Africa is obliged under international laws and protocol to protect not only South African citizens but any human being who sojourn to that country.