It's Time For African Women In Business To Rise, Connect And Grow—CWR 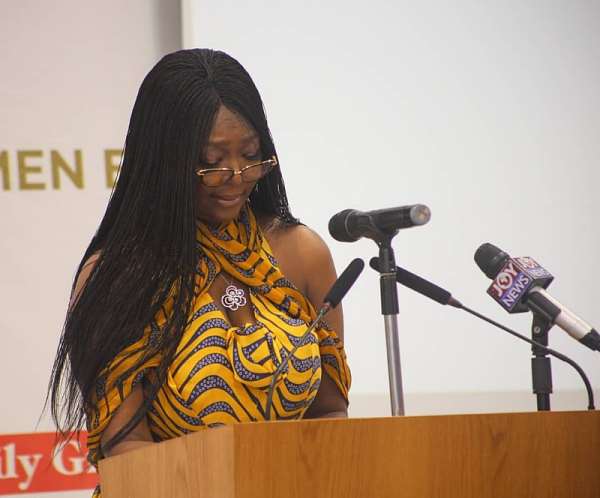 The West African Regional Summit of Crown Women Rising (CWR) opened in Accra yesterday with a call on Ghanaian and African women in business to position themselves to fully harness the benefits of trade liberalisation schemes and emerging transformations in the African marketplace under the African Continental Free Trade Agreement.

The first day of the summit opened with a strong reference to trade liberalisation protocols like the African Growth Opportunity Act (AGOA), the ECOWAS Trade Liberalisation Scheme (ETLS) and particularly, the African Continental Free Trade Area (AfCFTA), urging women entrepreneurs and women-owned businesses to focus on how best to exploit the benefits of these trade protocols to grow their businesses and impact on community and national development.

Mrs Nana Sekyere, the Executive Director of CWR Ghana told delegates and participants that the landscape of intra-African trade is about to transform progressively following the operationalisation of the African Continental Free Trade Agreement and that, as the trade barriers disappear across Africa, a huge market will emerge which will accelerate trade among African countries and boost Africa’s trading position in the global market.

The African Continental Free Trade Area (AfCFTA), which, incidentally, is headquartered in Ghana, would bring together the markets of fifty-four African countries, with a combined population of more than one billion people and a gross domestic product of over US$3.4 trillion.

“African women in Business cannot afford to be side-lined from this great opportunity. Now is the time for our women entrepreneurs to begin to position themselves well enough to enter and participate fully in this new marketplace,” Mrs Sekyere declared.

The two-day women empowerment summit which is running under the theme: Women Entrepreneurs Empowered for Africa’s Prosperity – Engage, Connect and Grow, has attracted delegates and participants from Ghana, West Africa and the American diaspora.

Commenting on the grim state of social deprivation among most women and the plight of women entrepreneurs, Mrs. Sekyere lamented that although women constitute more than half of Ghana’s population only six percent of the country’s financially successful persons are women.

She stressed on the strategic importance of women in the economics of the country, citing the role women play in agriculture, which she said, still accounts for about 21% of the country’s GDP and women constituting as high as 50% of the work force in that vital sector.

“Remarkably, it is estimated that women in agriculture …either as farm owners, farm partners or as farm labourers, account for 70 to 80 percent of all activities that go into food production and consumption in Ghana,” she said, adding that women are known to be far more likely than men, to spend their income on food, education and healthcare for children.

“In the midst of the biases and inequalities along the growth path of our women, CWR’s objective is to help identify and unearth latent and dormant talent and nurture them through the application of special mentoring and leadership training modules and help elevate an appreciable number of girls and women above the poverty line into the productive sectors of the economy,” Mr. Sekyere said.

Speaking on behalf of the Trade and Industry Minister, Dr. John-Hawkins Asiedu commended Crown Women Rising and the Ghana Export Promotion Authority for providing a platform for stimulating maximum women participation in the productive sectors of the country’s economy.

Drawing from the summit theme, Dr. Asiedu said the resurgence of interest in multilateral, regional and bilateral trade in Africa makes this the most opportune time for women entrepreneurs to “engage, connect and invest to grow” their businesses.

He said there are a number of significant tariff-free and quota-free market access opportunities now available to be harnessed by Ghanaian businesses and entrepreneurs such as the ECOWAS Trade Liberalisation Scheme, the Economic Partnership Agreement with the EU, AGOA and the African Continental Free Trade Area.

He said the government is already implementing a number of flagship initiatives and programmes to empower the private sector to enable it to harness the benefit of opportunities in the export market.

Mr. Asiedu said the various initiatives being implemented by the government to empower and grow the private sector include specific programmes aimed at enhancing agricultural and industrial productive capacity, trade facilitation and the improvement of trade-related infrastructure, boosting of access to finance and the enhancement of access to trade information.

Nana Ama Poku, the Deputy Chief Executive of Ghana Exim Bank, said the bank’s five year strategic goals designed to transform Ghana into an export-led economy include increasing the Non Traditional Exports (NTE) from the current USD2.46 billion to USD5 billion annually, developing specific crops such as avocados and sweet potatoes into major exports, supporting the reduction of Ghana’s import bill of rice, sugar and poultry by USD300 million and effectively collaborating with state agencies to support the Ghanaian exporter’s capacity and competitiveness.

The Deputy CEO, disclosed that the Exim Bank, the leading financial institution supporting the government’s socio-economic drive, had so far supported 84 SMEs to produce and process quality goods for the local and international market.

Dr Emily Haddasah Soroko, the founder of Crown Women Rising said it is ‘unfortunate and heart-breaking’ that although women are the functional drivers of the world economy, they largely failed to seize existing opportunities to succeed in business and entrepreneurship.

The first day of the summit featured subject-matter presentations by industry experts, panel discussions and an exhibition of manufactured products by women entrepreneurs which will run till the end of the summit today.