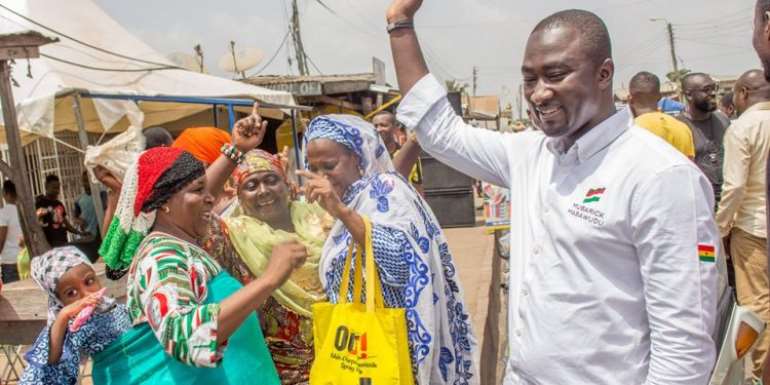 The National Democratic Congress (NDC) Parliamentary Aspirant for the Asawase Constituency, Masawud Mubarick has asked his supporters to remain calm, following a protest over his disqualification.

Some supporters of the candidate have been on a rampage, destroying party properties over his disqualification.

However speaking to Citi News, Masawudu Mubarick said he has asked his supporters to desist from protesting.

“I called them. I discouraged them from proceeding further. As I am speaking to you now I am currently engaging the Regional Commander of the Ghana Police Service in the Ashanti Region on how we can together work to let peace prevail,” he said.`

Masawudu Mubarick had his nomination forms to contest in the NDC parliamentary elections which took place in August rejected at the constituency and regional level pending disciplinary action against him. His nomination was also rejected at the national party headquarters.

Some NDC members in the Asawase constituency filed a petition to the National Executive Council of the party following the failure to present the nomination form of Masawudu Mubarick, the standing opposition to incumbent MP Alhaji Muntaka Mubarak.

But the Functional Executive Committee (FEC) of the party in a statement issued on Tuesday said it had “declared him disqualified to contest the Asawase constituency parliamentary seat for the 2020 elections.”

Disgruntled supporters of the disqualified aspirant have on two occasions burnt tyres and posters of national executives and former President John Mahama at the Ashanti regional NDC party office to protest against the party's decision to prevent their candidate from contesting in the parliamentary elections in the constituency.