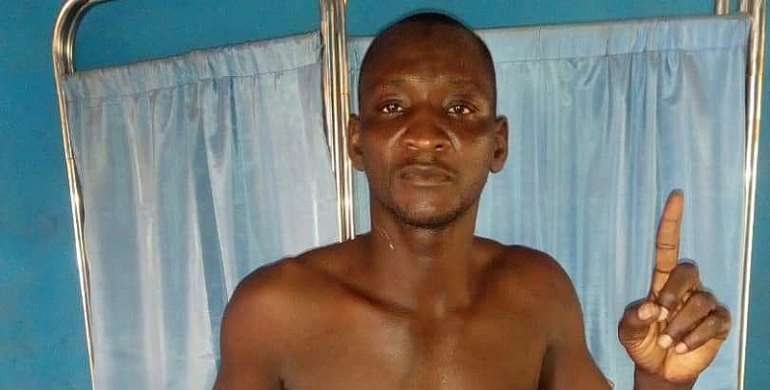 The main suspect in the murder of a policewoman, Corporal Agartha Nana Babin, will appear before the Tamale Magistrate Court today, Wednesday to begin a fresh case filed against him for attempting to murder one Tominu Yussif, a resident of Kpanvo in Tamale in 2018.

The accused person Issahaku Yakubu Kanbo-Naa, a tailor by profession also doubles as a chief warrior of Salamba, a suburb of Tamale.

According to a police statement, around 9 pm on 8th May, 2018, the victim went to a popular drinking spot called James town drinking spot located at “Assemblyman Park” at waterworks, in Tamale to take some bottles of drinks.

“Whilst there, the accused person whose palace is adjoining to the drinking spot emerged from nowhere and started firing AK-47 rifle indiscriminately into the air”, the statement from the Northern Regional Criminal Investigation Department said.

The statement added that, “he finally went and sat with the victim and demanded an amount of GH¢2000 from him. The victim rejected the request and the accused person eventually shot him in the left thigh.”

According to the statement, an eyewitness in the case called the victim’s wife who also went to the scene and rushed the victim to the Tamale teaching hospital for treatment.

A complaint was later lodged where a police medical form was issued to the complainant on behalf of the victim.

“The victim was admitted at the said hospital and when operated upon, a bullet believed to be AK-47 assault rifle was retrieved. According to the police, the case was reported at the Tamale Central police station where several efforts were made to arrest the suspect but he evaded arrest at the time.

The accused person who is currently on remand for alleged involvement in the murder of lance corporal Agatha Nana Nabin was subsequently identified to the police by the victim as his assailant.

He was rearrested by the Northern Regional Criminal Investigation Department and would be put before court today.