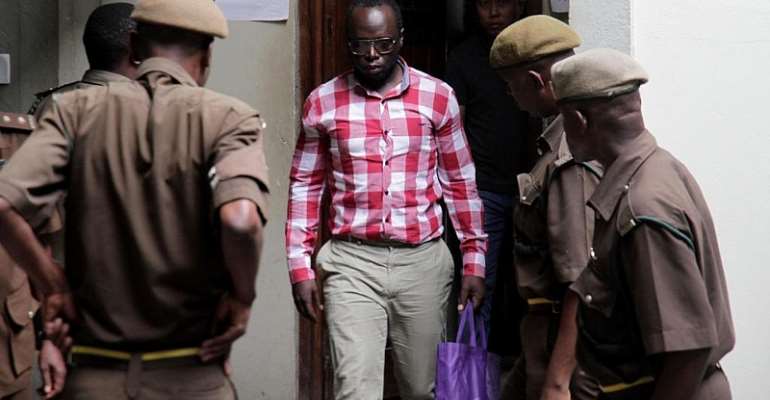 Erick Kabendera, a prominent investigative journalist who was remanded in police custody last month, is suffering from breathing problems and paralysis, his lawyer has said. Kabendera was arrested over concerns about his citizenship, before being charged with sedition and money laundering.

"We are urging the Tanzanian government to provide Erick with urgent treatment," Jebra Kambole, one of Kabendera's lawyers, told RFI by phone.

"He has problems breathing at nighttime. We are not sure what happened to him. He cannot breathe properly and he was paralyzed in two legs. Last week, he could not walk," Kambole said.

Kabendera was arrested on 29 July by police in plain clothing who refused to show their ID.

Initially, police said they were investigating his citizenship, but when they found out that he was Tanzanian, they then changed tack and charged him with sedition under cybercrime laws, his lawyer Kambole explained.

Media clampdown
They accused Kabendera of "publishing articles which are not in favour of the state," a tactic rights groups say is used by the president to jail critics.

In recent weeks Kabendera had published stories about infighting in Tanzania's ruling party, Chama Cha Mapinduzi, and an alleged plot to block President John Magufuli from running for a second term next year.

"After investigating that those articles were done while he was in prison, authorities charged him with the offence of leading organized crime, failure to pay taxes and money laundering," Kambole added.

Under such offences, defendants are denied the right to claim bail.

Kabendera's case fits a worrying pattern of repression against the media in the country.

Slow justice
Last week, another Tanzanian journalist was arrested for "publishing false information" after broadcasting a story about police brutality.

The only hope Kabendera has for an early release is either if the investigation wraps up quickly or if the director of public prosecutions decides to drop the charges altogether.

That may be difficult. Rights groups like the Committee to Protect Journalists accuse Tanzanian authorities of "contriving legal delays".

Since coming to power in 2015, John Magufuli has shut down newspapers, prominent radio stations and banned opposition rallies, amid rising criticism from local rights organisations that he is attempting to stifle media freedom in Tanzania.

The government denies the allegations.
Time running out
A court on Saturday, adjourned Kabendera's case until September 12, after the government claimed that it needed more time to carry out investigations.

For Kambole, there is no time to wait.
"The last time I saw him [Kabendera], he had to be carried by two prisoners because he could not walk properly."

Kambole is urging that his client be transferred to a government hospital for a medical checkup. So far, in vain.

"We have not yet received any response from the government but we will keep following up on the health of Erick Kabendera so that he receives the proper medical attention that any human being deserves," he said.

You overstepped boundaries in attack on Bagbin – Ayariga tel...
19 minutes ago