Fellow Ghanaians, Those Who Have Ears Let Them Hear 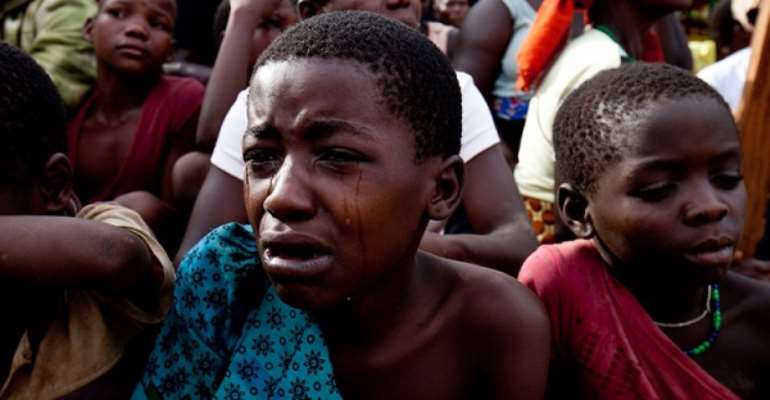 Ghana must avoid such political scene in the country

I will take the liberty to remind you of certain political events which have taken place in some African countries, including Ghana, to be aware of political tragedies and economics hardships which followed and be careful because the political atmosphere in Ghana at the moment is very bad.

There is no morality in Ghana, you can see the lack of respect, hate, and unnecessary abusive words directed to our past and current leaders, even ex-Ghanaian leaders who are gone, like Dr. Kwame Nkrumah and Dr. Kofi Abrefa Busia, are not spared.

Despite all what they did for our country, a section of Ghanaians are hitting hard against these men in their graves today. Whereby many Ghanaians are enjoying such hate, it also reveals the kind of people who we are. In fact, I can't understand the reason Ghanaians hate themselves in such a horrible manner, yet hypocritically open their arms to welcome foreigners into our country with love.

Apart from the lack of morality in Ghana, a country which elites don't go to jail and nobody wants to be responsible for the crime he commits, Ghanaians don't think about tomorrow. They forget that whatever they are planting in the country today, whether bad or evil is exactly what they will reap tomorrow.

History reveals that most of the political upheavals, which some led to genocide in Africa, were orchestrated by foreign governments. Without the American CIA, the coup in Ghana which toppled Kwame Nkrumah wouldn't have been possible.

The Rwandan genocide wouldn't have taken place, it happened because the Belgian and the US governments, under the administration of Bill Clinton ignited the fire.

Let's put slavery, colonial brutalities, and Apartheid aside, and concentrate on how foreign governments ignited and support political violence in Africa, just to get to our vast natural resources.

I am not saying this could happen in Ghana but I must remind you that all those African countries, like Congo, South Africa, Rwanda, Angola etc, which experienced political turmoil, leading to hate and deaths, the political atmosphere which started the violence was similar to that of Ghana today.

When political violence breaks, all the foreign embassies, consulates, missions, and foreign businesses will remain shut in Ghana. They will fly out as soon as possible.

Don't forget, America leads the world in food waste. Every year, according to the Guardian report, roughly 50 percent of all produce in the United States is thrown away. About 60 million tons or $160 billion worth of produce annually, an amount constituting one-third of all foodstuffs become a waste.

In Europe, some 88 million tonnes of food is wasted in the European Union every year. This is equivalent to 173 kilos per person. This is not only a waste of resources, but it also contributes to climate change. Both Europe and America have good pharmaceutical companies producing the best solutions for diseases and other ailments.

However, in Africa, including my beloved Ghana, the story is different. Thousands are unemployed and economic hardships have created hunger and discomfort to many families. Malaria is killing thousands of both adults and children, every year. Therefore, we need to put all these problems into consideration to build a better foundation for our country.

We continue blaming the politicians for the political chaos in Ghana, yet we forget that disunity, hate, and hypocrisy, are rapidly destroying Ghana like a bush fire. Some Ghanaians are now planting seeds of ethnic and tribal discontents in the country, which the next generation, including our children, will reap in disaster.

On the immediate success of Ghana, tribes and clans must put their differences aside and come together, surely, they will witness a prosperous new Ghana nation.

Fundamentally, political upheavals are undemocratic in Africa, a continent that has passed through the thick and the thin, yet, the same mistakes are being repeated every day. I can't solve the problems in Ghana but for the sake of a happy peaceful country, we must do the right thing to give that peace a chance.