Political divergence should not make us enemies! 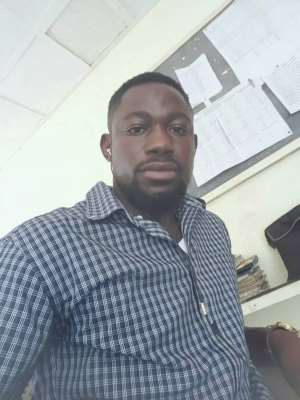 If you are in a political party and you see nothing good about the other political parties then your membership has been upgraded to slavery.

In a democratic dispensation, criticism are necessary ingredients to help put duty barriers on their toes and right checks; however, our democratic orientation sees criticism as backstabbing and the “wolf in a black sheep” tag is often associated. It is common to hear commentary in our airwaves lambasting a political activist or a party member or opposition figure for been uprights in offering criticism. The culture of seeing everything rights within one party either in government and or opposition makes we followers enslaved ourselves to belong to political parties with our principles and values been short chained to that of our political parties.

It is sad because ‘Just because you are an NDC member, everything about NDC is right and as an NPP, PNC or CPP everything about theirs are right as well’. We must demonstrate political maturity and high sense of tolerance to criticism and varied views as we engaging in political discourse. The Air waves and social media platform from citizens of Upper West to Other parts of the country is fast becoming nastier and we must begin a moral cleansing to correcting the wrong impressions and judging our political opponents as ‘enemies’.

We have families who belong to the other political parties should we make them enemies just because we have political difference? If he or she doesn't belong to your party and they are doing great things for the Upper West Region and country as a whole, we must heap praises to them. Why can't we talk about things that matter because of political parties?

To change the narrative of political parties process in the Upper West Region and beyond; we must be bold to praise ourselves and comrades where praise is due and criticized constrictively where necessarily. We must not only wait to give solidarity messages, sympathize with one another or congratulates ourselves during internal party elections, rather often we could single out individual elements and praise them for demonstrating political maturity and principle of inclusion.

The true meaning of democratic process should be about tolerance, good governance, and socio- economic advancement. Do we really achieve this from our democratic process? Why introduced hate speeches and hatred and create unnecessarily enmity. Upper West must rise above cheap politics and mindsets. Our political opponents and partners in governance and the true meaning of politics as a contest of ideas must be realized.