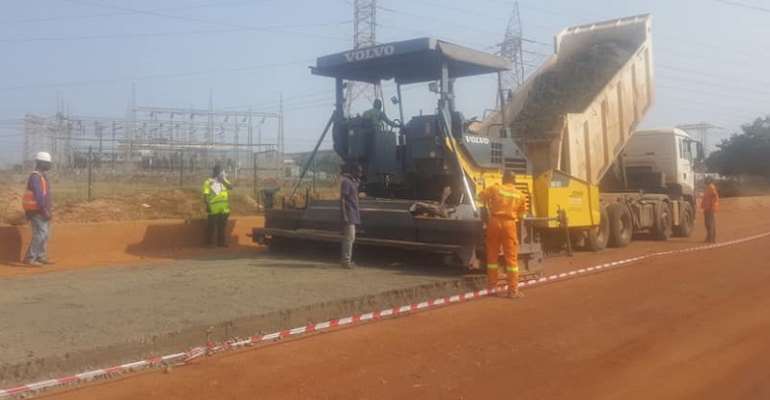 The concreting of roads in some parts of the Tema Heavy Industrial Area in the Greater Accra Region by government is progressing steadily.

Stone basing works – the final work before concreting – have also commenced around the steel works junction to Tropical Cable.

When DAILY GUIDE visited the scene, a paver machine was also seen doing some concreting works on the road near DVLA stretch.

Site Supervisor Michael Eduah told DAILY GUIDE that they were almost done with the construction of the drains.

According to him, ground preparation works, including laying of stone basement ahead of the concreting of some parts of the road, were ready.

According to him, the road was selected based on its functional use by heavy duty vehicles.

Road Construction Engineers explained that although the initial cost of concrete roads was relatively high, it was more economical, compared to asphalt roads, over a period of not less than 40 years.