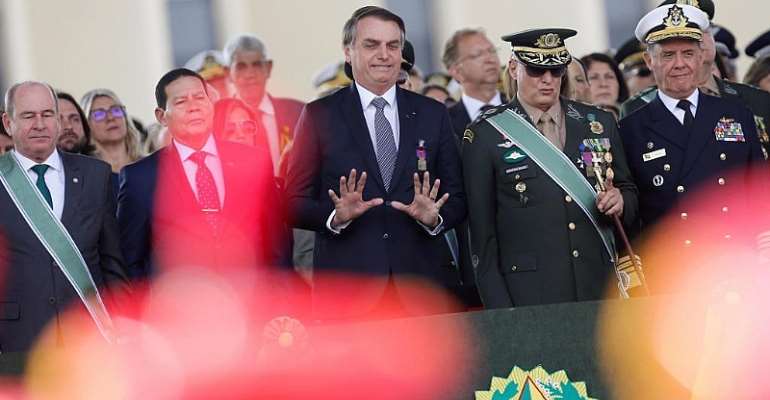 Brazil's government has rejected aid pledged by G7 countries meeting in France to fight wildfires in the Amazon and rebuked French President Emmanuel Macron for making the fires an international issue.

G7 countries meeting in the southern French city of Biarritz offered 20 million US dollars (about 18 million euros) on Monday to fight fires that have swept across nearly one million hectares of the Brazilian Amazon rainforest.

“We appreciate the offer, but maybe those resources are more relevant to reforest Europe,” Bolsonaro's chief of staff Onyx Lorenzoni told Brazilian media.

Lorenzoni also rebuked Macron, whose decision to make the fires a top priority of the G7 summit brought out ideological differences with Bolsonaro on questions of the environment and international cooperation.

“Brazil is a democratic, free nation that never had colonialist and imperialist practices, as perhaps is the objective of the Frenchman Macron,” Lorenzoni said.

“Macron cannot even avoid a foreseeable fire in a church that is a world heritage site,” he added in reference to the fire that devastated the Notre-Dame Cathedral in Paris in April.

“What does he intend to teach our country?”
Fires fuel diplomatic spat
Over the course of the weekend, Macron threatened to block a free trade deal between the European Union and South American countries after accusing Bolsonaro of lying about the environment.

In turn, the Brazilian president's entourage attacked Macron on social media. Bolsonaro himself blasted Macron for having a “colonialist mentality” and then insulted his wife Brigitte Macron on Facebook.

Data showed Monday that hundreds of new fires flared up in the Brazilian part of the forest, even as military aircraft dumped water on hardest-hit areas.Brazil is home to about 60 percent of the vast Amazon forest, which regulates part of the Earth's carbon cycle and climate.

The rest is spread over parts of eight other countries or territories, including the French overseas territory of Guiana.