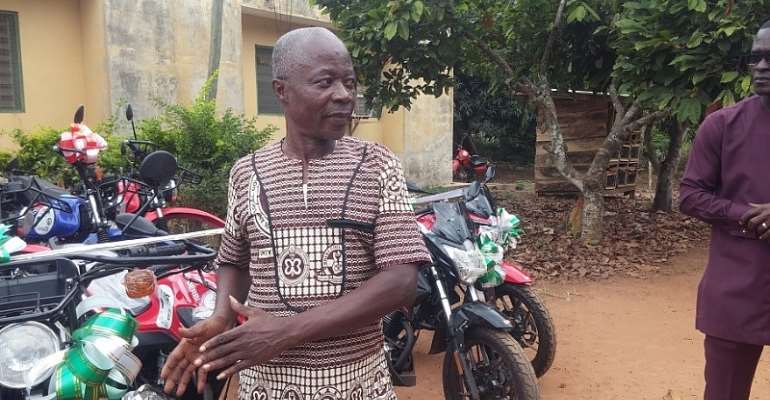 The Municipal Agric Director addressing participants at the programme

In as much as government wants to modernize agriculture in Ghana to ensure the sector becomes attractive for both younger and older generations to invest their resources, government under the leadership of Nana Addo Dankwa Akufo-Addo has released ten (10) brown new Galaxy Motorbikes to extension unit of the Department of Agriculture to enhance the work of the extension officers in Tano South Municipality.

The motorbikes which were commissioned and distributed to the extension officers at the forecourt of the department of agriculture saw dignitaries like Hon. Collins Offinam Takyi, the MCE for Tano South, Hon. John Dadzie, the Presiding Member for Tano South Municipal Assembly, Mr Kyei-Baffour Owusu –Achaw, the Municipal Agric Director, Agric Extension Officers and some Officials of the Assembly.

In a short but impressive opening address, Mr Kyei-Baffour Owusu-Achaw, the Tano South Municipal Agric Director thanked MCE for Tano South and other officers for making time out of their busy schedule to attend the programme and hinted that government had released ten (10) brown new Galaxy motorbikes to the extension unit of the department of agriculture, Tano South to help field officers reach farmers at hard to reach areas in the Municipality and educate them on modern methods of agricultural practices to make farmers obtain higher yields during the major and minor farming seasons.

Mr Kyei said government had introduced planting for food and jobs programme seeking to make Ghana achieves self- sufficiency in food production and stressed that the released of the motorbikes by government would go a long way to enhance the work of the extension officers and promised that the department would use the motorbikes for their intended purposes and put them into good use.

Hon. Collins Offinam Takyi, the MCE for Tano South said he was very happy about the intervention modules government had introduced in agricultural sector to assist farmers acquire bumper harvest during farming seasons and emphasized that government planting for food and jobs programme had been recognized and supported by Canadian government and informed all officers in the Municipality to educate other residents in the Municipality on government policies and programmes to make government achieves an intent to which the programmes were introduced.

Hon Takyi stressed that when Nana Addo Dankwa Akufo-Addo and his government assumed office they had been able to employ extension workers in the Municipality and urged them to impart their technical skills and knowledge to farmersto make them produce more foodstuffs and hinted that Tano south Municipal Assembly had collaborated with the department of agriculture to embark on oil palm nursery project of which the seedlings would be distributed to farmers free of charge to boost agriculture in the Municipality.

On government industrialization policy, Hon Takyi said government had introduced different intervention programmes which could help farmers to produce more foodstuffs to feed industries and the nation and informed all and sundry to support government implement its policies and programmes. 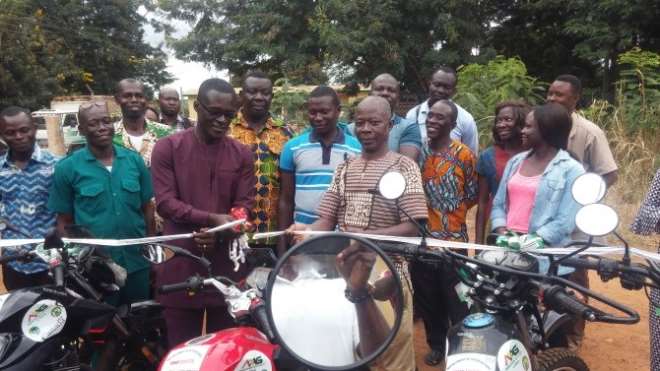 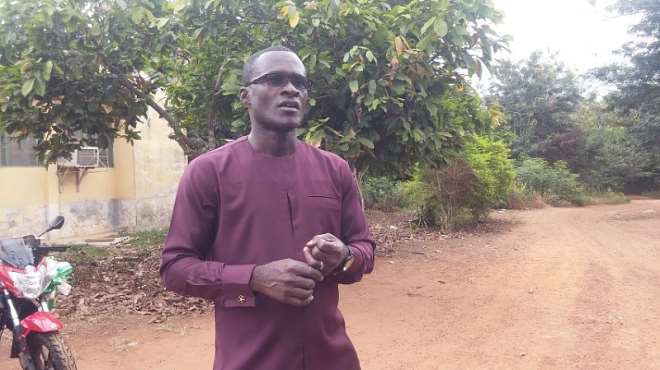 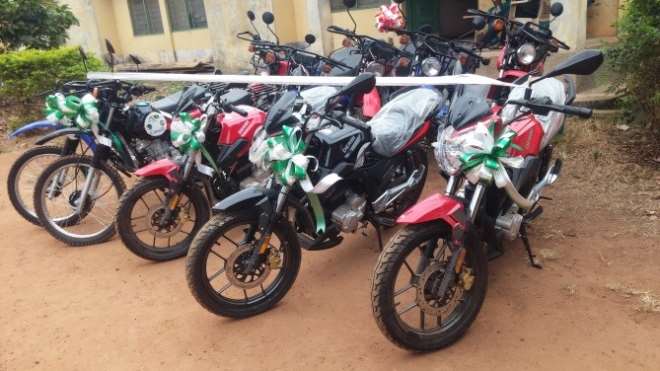