The IMF and the World Bank Are Not the Solution to Somalia’s Socio-economic Problems.

The International Monetary Fund (IMF) and the World Bank cannot help Somalia; only good leadership, sound policies and a change of attitude from all Somalis will make Somalia a better place to live, work and do business
By Jibril Mohamed
Feature Article 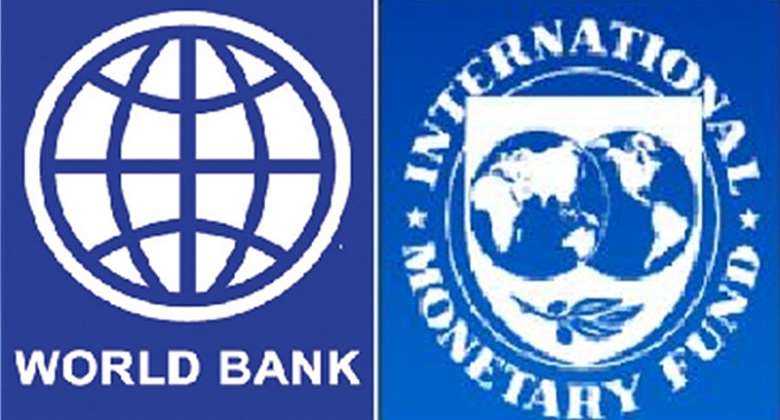 Like the World Bank, the IMF is a respected global institution because of its founding and current membership, sponsors and physical location. While the IMF oversees the stability of the world’s monetary system, the World Bank’s goal is to “reduce” poverty by offering support to middle-income and low-income countries. Both institutions are based in Washington, D.C. (the center of global power), and were instituted as part of the Bretton Woods Agreement in 1945 right after the Second World War which lasted from 1939 – 1945. However, these facts in no way suggest that the IMF and the World Bank are flawless or accurate in most of their activities, estimations, projections, utterances, publications and impacts.

For example, the IMF recently announced that Somalia should expect a growing rate of economic condition in the next year or two if things are done fast as they planned. This prediction or projection is not data-driven. Somalia and a number of African countries have no legitimate economic data or a process thereof. Data collected and used in Somalia by most, if not all, international organizations has a hundred percent absolute margin of error since they are not grounded in any scientific survey of any sort. So what drives the IMF’s recent conclusions about the Somalia's economy? Perhaps, perceptions of political and social events in Somalia. But again, the IMF cannot and should not make an economic forecast based on mere political and social events. So why are Somalis jumping up and down because the IMF has made an unsubstantiated and unscientific pronouncement about the country’s economy based on a no-data driven analysis?

Some of the purposeful criticisms of the IMF include the fact that in granting a loan to poor countries, the institution makes the loan conditional on the implementation of certain economic policies. These policies tend to involve: reducing government borrowing – higher taxes and lower spending. In fact, the World Bank and the IMF would not admit that their policies can be an additional headache in some instances, which is also another serious problem.

Furthermore, the IMF has repeatedly refused to change its priorities and let go of its outdated conditions of privatization, deregulation of markets, and “austerity” in social services which, many experts believe, in the past have provoked human rights violations, and instead make loans subject to a new set of conditions.

Over and again, history and practical experience show that the IMF has not only undermined but also ruined and /or exacerbated the problems of the most struggling economies, especially those of African countries, through their ready-made policy prescriptions, its model as well as the model of the World Bank were mainly set up during the end of the Second World War to rebuild the economies of Europe. Meaning these institutions initial and underlying principles and policy alignments were not intended for Africa even though globalization necessitate that they deal with the African continent. They now do so not because they want to, but because they have to considering that Africa plays an invaluable role in the global economy. Yet, both institutions remain defiant against adjusting their strategies, guidelines and overall philosophy.

It is because of this and other reasons that the IMF has often punished the poor in poorly performing and economically volatile African nations whenever it imposes its ready-made sanctions under the guise of monetary and fiscal policies.

Consequently, the belief that the intervention of the IMF, the World Bank and whatever international organization will change Somalia for the better is a fallacy and a waste of time. Of course, these global institutions can and will help any country in need of life-support because of bad governance and poor economic management, the best they can do is to provide provisional relief and perhaps minimum development support. So the news and gratification that when the IMF policies and programs are implemented in Somalia it means manna will fall from Heaven is amusing, at best. This will not happen! Things will get worse and Somalia will stay unchanged Somalis continue to remain in their set ways as well as display their self-destructive, self-pity and lack of patriotism attitude.

The bad situation in Somalia is a Somali problem and can better be solved and addressed adequately by seasoned, experienced and credible Somalis who understand their own problems. The only condition is those seasoned, experienced and credible Somalis should not only be willing, patriotic, dedicated and committed to doing so, they must also be supported by the Somali people including the power that be.

Somalia's current problems can easily be solved when Somalis Colllectively agree to establish new innovative and strategic entities as well as strengthen the country’s existing legal, democratic, economic, social and political institutions such that there is an absolute application of the rule of law, accountability, transparency, and a merit-based competition system.

Although many people believe the IMF’s ready-made prescription will be the salvation for Somalia’s current meltdown, it might end up hurting the already poor segment of the Somali population. It is time President Mohamed Abdullahi Farmaajo and his administration realize that nothing the IMF and the World Bank can do differently when everything as is in Somalia remains the same. If the President is really serious and wants a real solid presidential and leadership legacy and a better country, he must act. Act fast and now!

Instead of banking on the IMF and the World Bank, the Somalia’s government needs to create private sector jobs, support innovation and be transparent and accountable in its activities. Every government agency and heads of agencies must have bi-weekly, monthly and quarterly deliverables that aim at making Somalia a better place to live, work and do business. Somalis need concrete deliverables from the agricultural sector, tourism and hospitality sector, communications and the information technology sector, healthcare sector, educational sector, infrastructural and housing sector, trade and commerce sector, services sector, workforce development and innovation sector, professional services sector, and of course from the overall public policy domain, and the legislative sphere.

Job creation and entrepreneurship are important in solving Somalia’s socio-economic problems because the stability of any economy rests on the ability to maintain a low unemployment rate and provide a safe, secure workplace. Somalis need to be put to work. One of the most important aspects of work is that it provides a person with the income necessary to meet basic living needs. And according to several types of research, having work also gives people a sense of identity and a feeling of accomplishing activities that contribute to society.

Acclaimed economists, policymakers, social scientists and others have all acknowledged that jobs are important for several reasons: jobs provide workers with the personal feelings of self-worth and satisfaction, and produce revenue for families, communities and the government, which in turn encourages spending and stimulates the larger economy. Besides, having a job is an important part of people’s lives. It means more than just getting paid. It means being able to make your own choices about how you want to live your life.

Ghana’s economic woes has nothing to do with E-Levy; just st...
39 minutes ago